A tale of two tongues 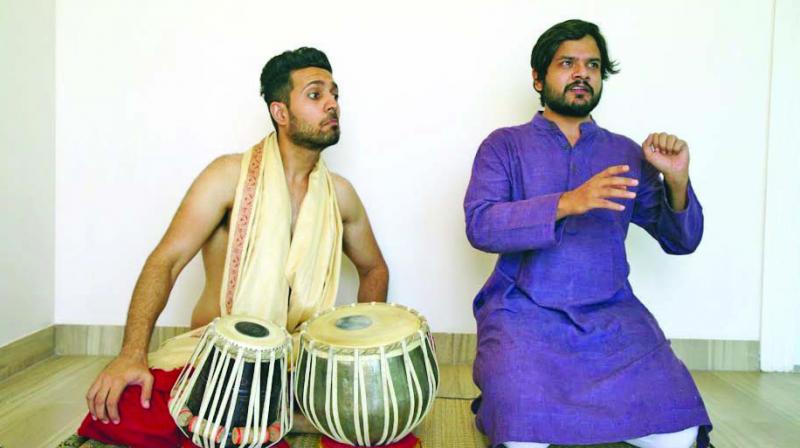 Having dabbled in storytelling in Urdu with Dastangoi (a 16th-century Urdu oral storytelling art form) for ten years, Danish Husain felt the need to go back to telling stories after a gap of about a year and a half. Only this time, he wanted to do things a little differently, by exploring tales in tongues from all across India.

The mix of storytelling and theatre will feature artistes like Saattvic, who will be performing a text from the Natyashastra, Udit Parashar, who will adapt a Hindi story by Kashinath Singh, and Danish himself, who shall perform a text from the Tilism-e-Hoshruba. The eclectic mix of performers also includes Mini Nair, a scientist, who will be interpreting Unniaracha, the story of a 17th century female warrior in northern Kerala.

With texts of multiple languages at his disposal, the question before Danish was how exactly does one make it comprehensible to a myriad audience? “Not everyone knows these languages,” explains Danish. “I hit upon the idea of turning it into a bilingual tale. One language is the core language of the story — one that it was written in — and the other is the bridge language. So, if you don’t understand the core language, the bridge will at least provide you with context, and you can savour the story.”

Curating stories in the hundreds of different languages from across India sounds like a Herculean task, but Danish says he approached the problem a whole different way. “When I first floated the idea, I told the artistes they had to curate their own stories. They’re the ones who will perform on stage, and if there’s something that motivates them, half my battle is won as a director,” he smiles. “If the artiste is invested in the story by themselves, I only need to work on the performance bit of it. I didn’t want this to be in the style of an actor saying something and a translator doing his bit next. I wanted both, the core and bridge languages seamlessly woven into the performance. Irrespective of the language of the storyteller, the story doesn’t break.”

For a performance that derives its matter from seemingly different parts of the country, Danish reveals that there’s a common thread that runs through them. “Besides Unniaracha, all the other stories are laced with satire, and I have a thing for it. Satire is a great way to neutralise opposition,” he says. “When you can’t stand up and say something against something around you, it’s a great tool to do it. Therefore, someone like Manto or Ismat Chugtai appeal to me. That was probably one of the yardsticks for me.”

The emphasis on the core language is important for the team. And a major reason behind it is the lack of their presence in bigger cities of the country, informs Danish. “Any great literature in any language has a certain music to it; that’s why people get hooked onto it. I don’t understand Malayalam or Sanskrit. But when my actors perform, it sounds beautiful. This sound of languages get missed in big cities,” he sighs.