Most recent air pollution data from World Health Organisation released said India was one of the world's 10 most polluted countries. 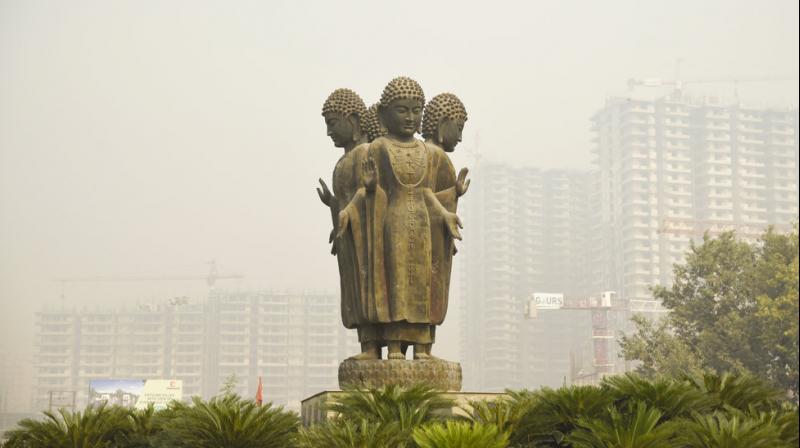 The Central Pollution Control Board of India announced it would warn people to avoid jogging outdoors in the early morning and after sunset.

The study found that New Delhi's average air pollution level (PM2.5 score) was a staggering 187, which is far from London's rush hour measure of 27, and Birmingham's rush-hour measure of just 15.

A PM2.5 pollution score is used to measure the amount of tiny particulate matter which can dangerously clog lungs.

The Central Pollution Control Board of India announced it would warn people to avoid jogging outdoors in the early morning and after sunset, and to keep medicine nearby if asthmatic.

The most recent air pollution data from the World Health Organisation released in March said India was one of the world's 10 most polluted countries.

In fact, a Supreme Court-appointed Environment Pollution Authority warned that air pollution in the capital region is likely to peak from next week as toxic fumes from the burning of agricultural fields in the neighbouring northern states.

The court earlier last week ordered that firecrackers could be exploded between 8pm and 10pm on Diwali night and crackers could not be sold online.