The Playboy Mansion played a starring role in Hef's mystique

A neighbour bought the property for $100 million in 2016 with the stipulation that Hefner could live out the rest of his years there. 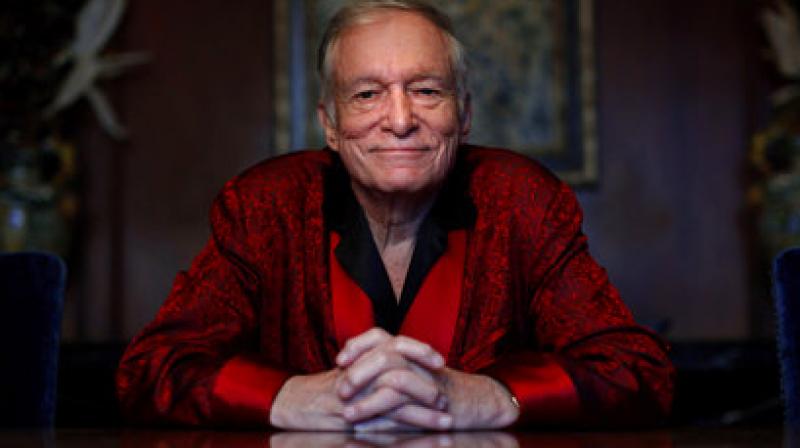 LOS ANGELES: Apart from the White House, there's probably not a more storied home in the world than the Playboy Mansion.

Its sprawling grounds have played host to countless parties and social events, as well as Playboy founder Hugh Hefner's offices, bedroom, movie theater, staff quarters, library and personal archives. A zoo's worth of animals lived in the backyard, including flamingos, peacocks, parrots and monkeys. And then there was the Grotto: the steamy, cave-like pool that hosted many debauched escapades over the years.

But Hefner's death on Wednesday at age 91 heralds the end of the Playboy Mansion era, and will return the property to a similar state it was in when it was built nearly a century ago. Hefner bought the Holmby Hills estate in 1971 and simultaneously made it into the epicenter of his Playboy brand and one of the most famous homes in the world.

A neighbor bought the five-acre property for $100 million in 2016 with the stipulation that Hefner could live out the rest of his years there. The new owner, Daren Metropoulos, said he ultimately plans to connect the mansion and its environs to his own two-acre digs next door. The homes were originally built in the 1920s as a single estate.

Hefner welcomed reporters to many events at the Mansion - mostly daytime ones, like the annual crowning of the Playmate of the Year, where past Playmates gathered for an elegant white-tablecloth luncheon in the grassy backyard. He often gave interviews in his library, a comfy nook where he kept a large leather sofa and a small replica of the Big Bunny private jet he once used to travel between Playboy's offices in Chicago and LA.

The adjacent movie theater was where he held multiple screenings a week for his friends and colleagues. They'd show first-run flicks and Hef's old favorites, including "Casablanca" every year on his birthday. Also on the property was the aptly-named Game House, with a pool table and some arcade games, a giant TV, a fridge full of beer and a couch for hanging out. Hefner's ex-wife Kimberley Conrad lived in a house next door, where she raised their two sons, Marston and Cooper, who now serves as Playboy's chief creative officer.

A hallway on the second floor of the main house is lined with photos of the many famous faces who came through the Playboy Mansion. There's Hef with Hillary Clinton, with Jimmy Stewart, with Johnny Carson, with Leonardo di Caprio. "It's kind of like in 'Casablanca,' Rick's Cafe. Everybody comes to Rick's. Well everybody comes to Hef's," Hefner said as he led a reporter down the hallway in 2011. "You'll find them from Mick Jagger to Doris Day to Groucho Marx, young and old."