Robin Uthappa back with a blast

The Karnataka Premier League is keeping Robin Uthappa busy even as he revels in the time he spends with his son. 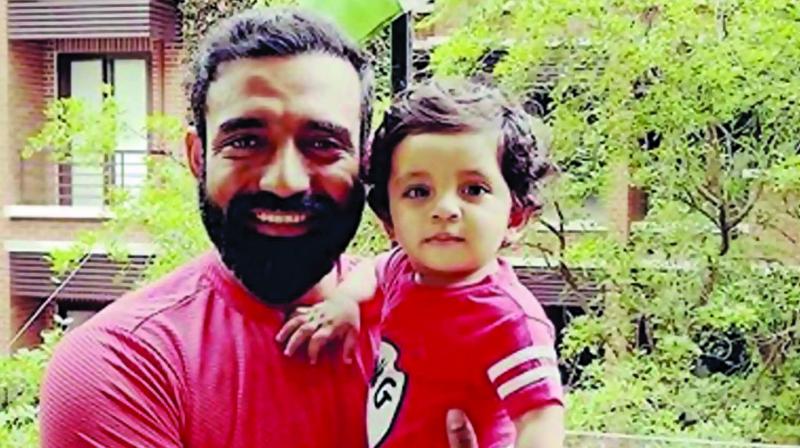 He’s back on the Karnataka turf after a long gap and that makes this year’s Karnataka Premier League all the more special for namma huduga Robin Uthappa. Captaining the Bengaluru Blasters this KPL, Robin’s squad has had a pretty good start with two victories in their kitty. “It’s been nice so far. We’d like to create and continue keeping the momentum going forward into the tournament,” he says.

Now that he’s back to playing in his state after a while, the experience of playing for the home crowd has been great for Robin. “I love playing in front of the Bengaluru, Hubli and Mysuru crowd. Sadly, we could not play in Hubli because of the rain, but I’m looking forward to playing in Mysuru,” he says.

On the personal front, life has been a fiesta for the new ‘Daddy’ who’s having a lot of fun with his little one Neil. “The past 10-and-a-half months have been the most amazing experience of my life. Neil is a wonderful little fellow and a happy baby — so he’s an easy guy to be around. We learn something new about him every day, and discover new things about ourselves too. We try and travel once a year and see different parts of the world, and spend a lot of time together as a family since Neil has arrived,” says Robin, who’s married to former tennis player Sheethal Gautham.

His son’s first international trip was to the UK recently, and Robin reveals. “His first trip outside India was for the Wimbledon. Before that, he’s travelled across India during the IPL — he’s a bit of a wanderlust lover,” he smiles.

As for his experience of playing with Saurashtra, Robin reveals that it’s an extremely good set-up. “We’ve got a wonderful bunch of boys — it took me a little time to adjust to the mindset and the way they play. To fit into their culture took me a little bit of time. But this time around, I’m looking forward to new challenges and opportunities and I think we’ve done really well as a team. There’s a lot of potential there and I’m looking forward to making the most of it this year.”

So, does that mean we will get to see him play for the Karnataka team anytime soon? “Nope. I did express my interest and intended to come back to the team, but the selectors refused to take me back, and said they will not require my services,” reveals the cricketer.