An NGO says that several pugs are just left to die in streets as they can't survive out there beyond a week. 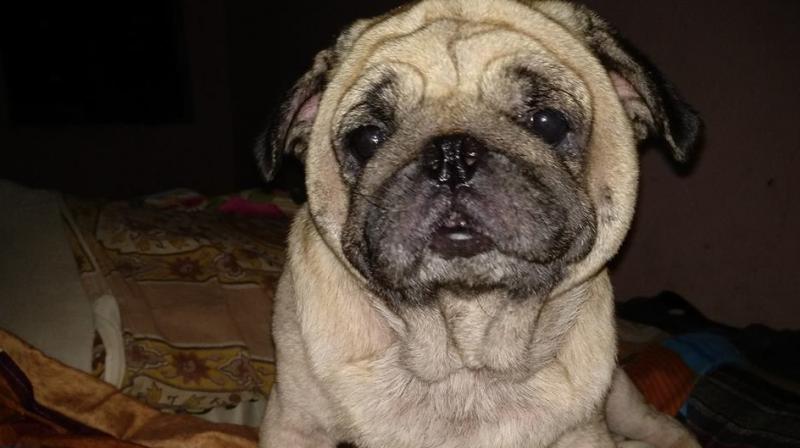 They are also being inbred to create a cheaper alternative (Photo: Facebook)

Dogs are a man’s best friend and are extremely popular as pets as people in India have been showing off different breeds for the past several years. But while people pose for cute pictures with adorable canines on social media, some instances showing the horrifying reality of how people really treat them have also been reported.

Pugs are lovable animals which have been popular among pet lovers in the country for a while now, but a charity from Delhi reveals the dark truth behind what the country’s middle class is doing to them. The dogs costing Rs 30000 to Rs 40000 are being dumped by their owners, sometimes at doorsteps of animal shelters and a lot of times in streets or in cardboard boxes.

An NGO called Fauna Police from Delhi told Daily Mail that they have found four pugs in the past 10 days as one had open wounds and dust that made it look like a stone and others had ailments like bleeding eyes and maggot infection. Turns out that people are simply abandoning these poor creatures in such terrible conditions as they can’t afford hefty medical bills.

Pugs originated in China and were prized by emperors who bred them in unscientific way due to their fascination for flat faced pugs. This is the reason that these canines have several health problems as a small nose makes breathing difficult and they are more likely to develop fungal infections due to folds on the body.

Pugs are being inbred in streets to create a cheaper alternative as these are sold at Rs 70000 to Rs 10000 to the middle class. But as health problems start surfacing, many leave the poor creatures to die in the streets.

While charities are trying to save these unfortunate pets, pugs are less likely to survive in the streets for more than a week.