The vilagers rejoiced after the snake managed to spit out the bottle and said that it may have mistaken the bottle for a rodent. 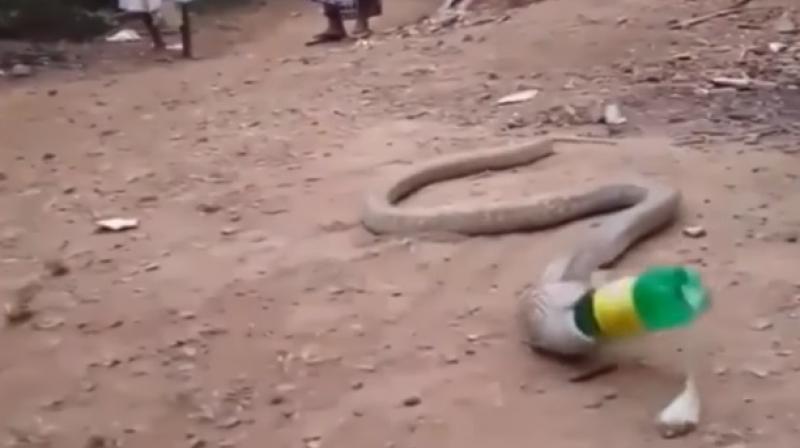 Villagers can be seen rejoicing it's recovery (Photo: YouTube)

Cobras are terrifying creatures as they can send a person to an agonizing and terrifying death with a single venomous bite. But sometimes even the deadliest creatures might land in trouble when they bite more than they can swallow.

A video shot in Goa shows a rare sight of this dangerous reptile in creature as an Indian cobra can be seen swallowing a water bottle too big for it and later spitting it out. As people thought the snake must be in trouble for something too big to digest, they were astonished to see the snake throw out a soft drink bottle.

While the reptile was unharmed after spitting out the plastic bottle, villagers celebrated the safe recovery and many suggested that it may have mistaken it for a rodent. The incident only goes on to show the perils of plastic waste and how animals are at risk due to it.