She goes on to say, “I completely believe that embracing flaws is the only way we can be vulnerable as well as strong. 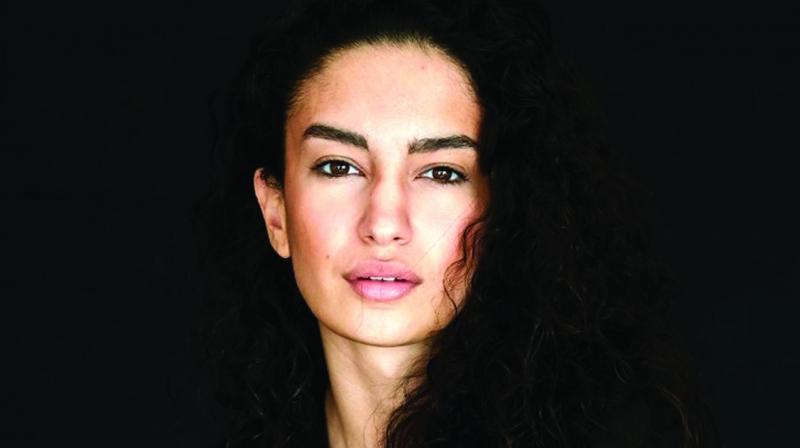 As soon as people realise the most unique thing about themselves is their imperfections, it will make them realise that it makes them perfect — Elena Fernandes, actor

Side selfie — a new fad is taking over internet and it’s all about embracing the so-called-flaws. People are posting pictures of their side profile to fight body-shaming. Radhika Sanghani, who started it, posted on Twitter: “Breaking the big nose taboo with my new campaign on the #sideprofileselfie!! Let’s stop hating our noses for not being tiny, little snubs and learn to love them.” While most of those participating in this viral trend are women, few men have also joined in and been welcomed by Twitterati. Beauticians and actors tell us more about breaking the stereotypical standards of beauty and what it means for people struggling with body shaming. 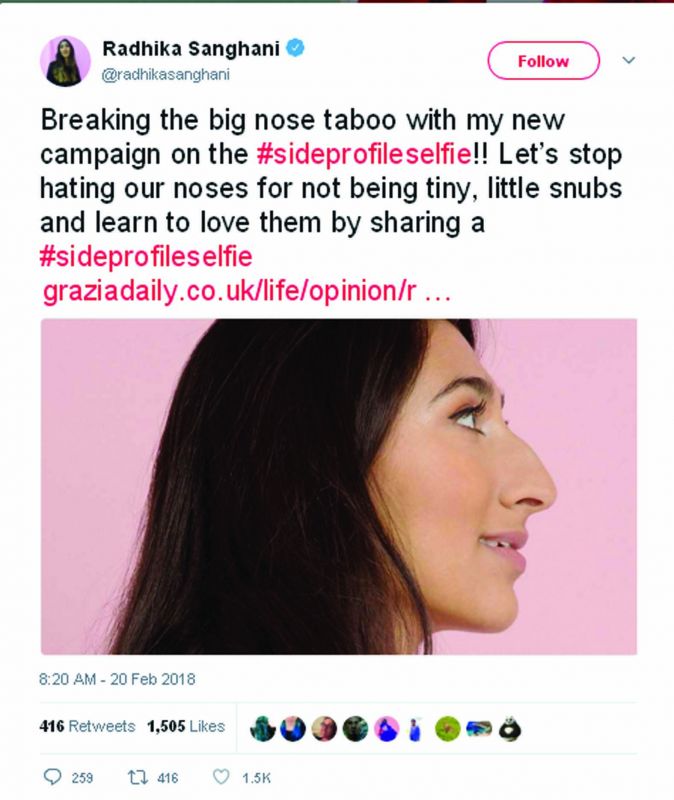 Feeling happy with the way one looks is very important, believes beauty expert  Shahnaz Husain. “It improves self-esteem, which is so essential for interacting with others confidently. I believe a beautiful woman is not necessarily one who is endowed with perfect features, but one who is aware of her flaws, accepts them and makes the most of them. This essentially is the basis of the ‘side selfie’ trend. A selfie itself has become such a commonplace thing that most of us don’t think twice about it. But, the fact remains that it is the result of an extreme awareness of one’s appearance and the desire to project how one looks,” she says, adding, “Journalist Radhika Sanghani started this movement to urge others to accept and actually ‘embrace’ flaws in their facial features or body. The idea is that instead of a loss of self-esteem due to a ‘facial flaw’, like a broad nose, you adopt a positive approach and post a profile photo of yourself, or a ‘side selfie’ showing your broad nose. The idea is not to be led by
the accepted beauty standards and ideals. It will give you strength of mind and self-confidence if you banish negative thoughts about yourself. Instead of feeling ashamed and insecure about a flaw, learn to project yourself in more flattering angles through your profile photos. So, go ahead, take a side selfie and feel good about yourself.”

Cosmetologist Anita Arya agrees. She says. “I believe God has made everyone beautiful. Every feature on your face tells you something about yourself and who you’re intended to be. Every person is attractive in their own way. Most people have a mindset that having a prefect nose equals beautiful. These days many women and men are sharing their side profile selfies to show that noses of all sizes are beautiful. This is a very good movement and shows that if you love yourself the way you are, then nothing can take away your confidence.” 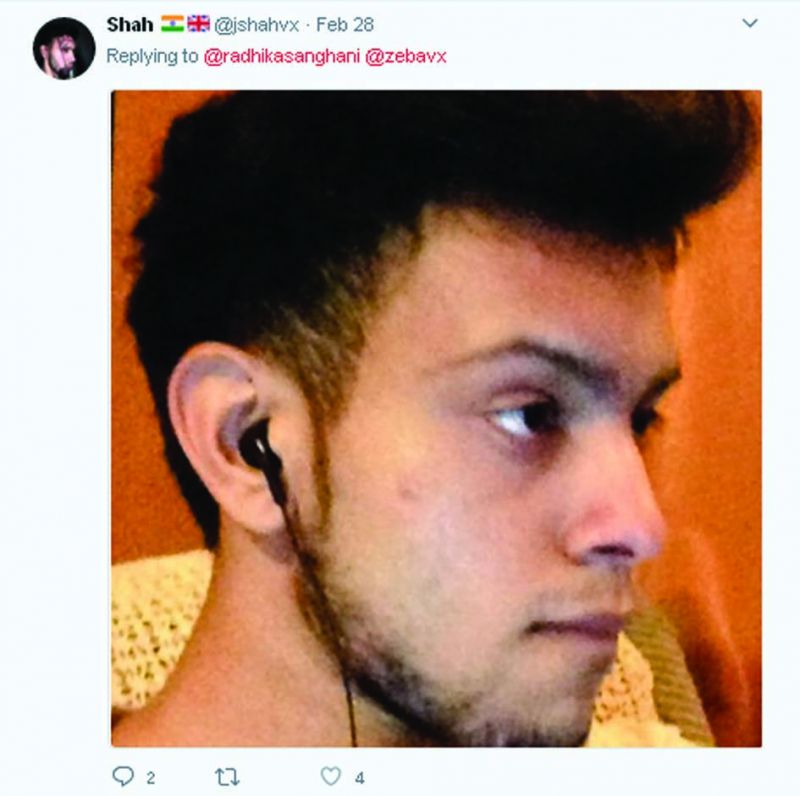 However, it can be very difficult for many people to embrace their flaws, feels actor Elena Fernandes, adding, “As soon as people realise the most unique thing about themselves is their imperfections, it will make them realise that it makes them perfect.”

Actor Shama Sikender also believes that true freedom only comes when you accept your vulnerable side. She says, “Everybody has some flaws and favourable positions to take photos from. I don’t see anything wrong in that. If I want to take photos from a certin angle, it’s my life. Whoever thinks that people can be flawless is an idiot. Even the most beautiful people have some angles and sides that don’t look good. So why make a big deal of it and troll people on that? It’s sick to troll.”

She goes on to say, “I completely believe that embracing flaws is the only way we can be vulnerable as well as strong. Accept vulnerability wholeheartedly, just as you accept strength. That is what makes you complete.”

While embracing of the side selfie trend is an indication of changing times, actor Sahil Salathia opines that as a collective community we can make some wonderful changes.

“It’s a great effort to be happy with who you are because that is how you are supposed to be. Who sets these beauty standards? We all do. Who can create awareness that different shapes and sizes are all beautiful? We all can. I am super happy and proud of this movement. You are perfect just the way you are,” he concludes.