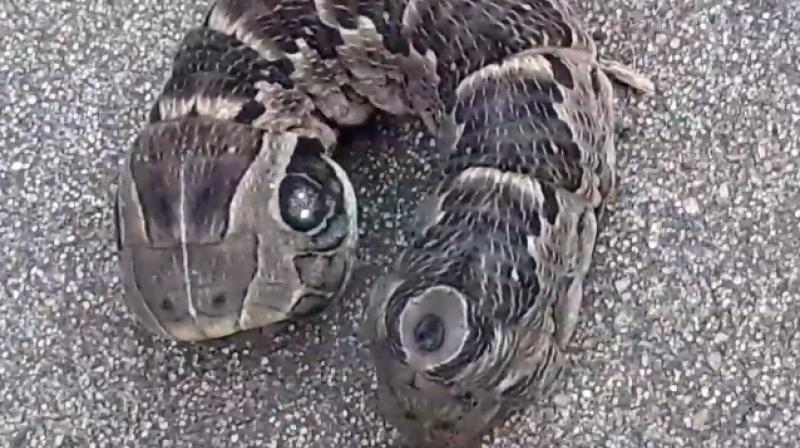 Lujan Eroles posted a photo and videos of her trying to find out the animal but people had a wide range of opinions including a caterpilllar moth. (Photo: Facebook)

There are many species of animals that are yet unknown to people and quite often the animal word surprises us with a special appearance. Recently, a Spanish woman posted a video of an animal and it took a while for the world to see it but the video with the unique animal has now gone viral.

According to a media report, the video was posted on Facebook by Spanish user Lujan Eroles asking people what kind of animal it was. While most of them were clueless, there were some who had seen a similar ‘worm-like’ animal too. The animal had three eyes and two heads and snake-like skin but was really small compared to a normal snaked which is what confused many people.

The viral post now has over six thousand likes with 1, 79, 987 shares and is making quite the buzz because of the sighting. Many have offered their opinions on the kind of animal it could be, including a caterpillar sphinx but it doesn’t quite fit the description.