King cobra fed water from bottle after it slithers into village 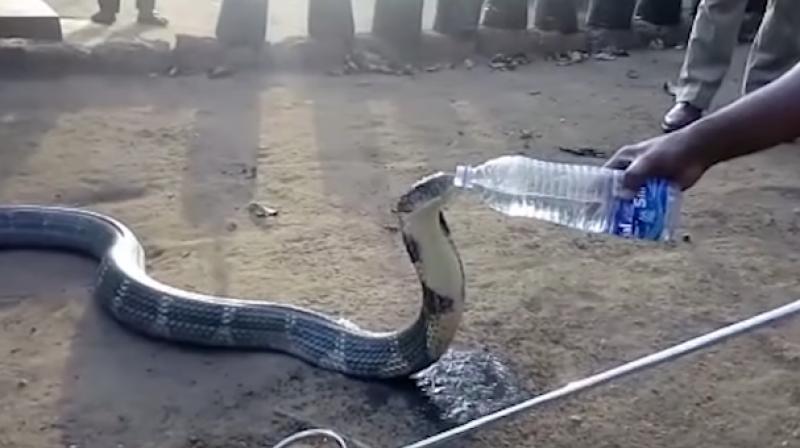 The thirsty snake was seen lapping up the water instantly after it was fed by the villagers. (Photo: Youtube)

Reptiles are known to instill instant fear in people and King cobras are known to be among the most dangerous of them all. However, villagers in southern India recently didn't have a choice after the cobra slithered into their village in broad daylight. The snake was found to be really thirsty and had come looking for water.

According to a report in the Daily Mail, villagers from the Kaiga town in North Karnataka were left surprised when a snake came into the village recently. The snake on the other hand was seen to be frantically looking for water to drink after it couldn’t find any outside. The village which has been hit by a drought is facing severe water crisis and does not have a lot of water left. Although, it seems to be that the animals are also affected by the water crisis and the snake was one such instance.

The 12-foot snake was immediately given to drink water from a bottle by a villager who was cautious to not get to friendly, given its nature. While one is seeing holding the tail in case it springs onto the person giving the water, another was seen waiting with a snake catcher if things got worse.