A drive to remember

Bharulata learned driving in 2000 and loved it from the word go. 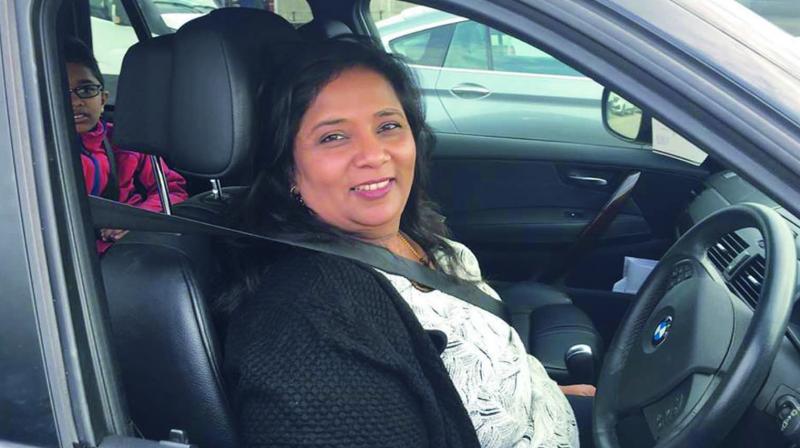 Be bold and be the change’ is the motto that drives Bharulata Patel Kamble, the first woman driver in the world to drive solo through 32 countries, a feat for which she recently received the Nari Shakti Puraskar from President Ram Nath Kovind.

“Driving has always been my passion. And this is something I had planned for three years,” says 44-year-old Bharulata. “The first year was all about building stamina to drive long distances, passing driving tests, and for 18 months we planned the logistics and then I set off on this fantastic endeavour.”

Bharulata learned driving in 2000 and loved it from the word go. But in 2007 she had a major road accident and suffered severe orthopaedic injuries. Undergoing therapy and struggling with post-traumatic stress disorder saw her confined indoors for four and a half years. “I did not step out of the house the whole of that time. I was trying to build my confidence, as it was a very serious accident. Eventually I overcame the fear of getting behind the wheel again and resumed driving in UK. I drove even when I was pregnant. I rebuilt my confidence, emerged stronger and then there was no looking back. I started mountain driving and I now had the courage to address the dream I had wanted to fulfil for 16 years. Visas, documents and other formalities had to be taken care of. And then I took off. I drove through the Arctic Circle and trans-continental route without any back-up vehicle. First, I drove 2,792 km in 39 hours on 28 September 2016. I got a lot of attention and appreciation, and the media too covered it. In
dian embassies also posted my articles. My husband funded the car trip and my children told me to go ahead and not worry about them,” she says.

Bharulata strongly supports the cause ‘Save Girls, Educate Girls’ and spread this message in the 32 countries she drove through. Recalling the congratulations and appreciation that poured in once she returned home after her successful trip, she says, “I received three felicitations from the British Parliament. A civic reception was organised for the first time for an Indian. I won a number of awards. In June 2017 I organised a rally in London in which 120 ladies wearing sarees drove 416 km in a day to another town. I was the first person to hoist the Indian flag in the Arctic Circle.”

Her message to girls is: ‘Be bold and be the change’. She feels inequality will continue as long as we allow it to continue, and women need their own space and equal rights to achieve their goals and conquer the world.

Her next goal is to drive alone through 50 countries. The date has not been finalised yet but she is already in the thick of working on the logistics. “I have also driven from end to end of the British Isles. I will now drive through 50 countries this year as a solo female driver and spread the message to empower the girl child,” she signs off.