Sunburn gears up for multi sensory experience at Pune

Festival will see special performance by DJ Martin Garrix along with Afrojack and other electronic dance music legends. 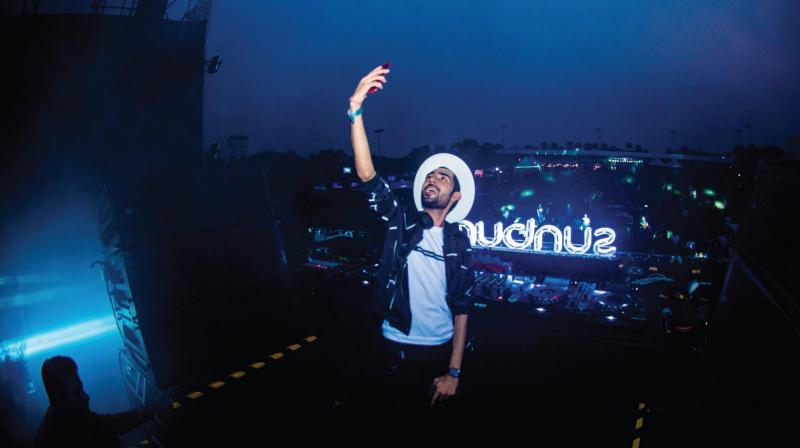 After shifting to Maharashtra from Goa last year the new sunburn venue is located on top of the hill at the very entry to the 1200 acre Oxford Gold course. (Photo: Facebook/ Sunburn)

Asia’s biggest music festivals has just announced the new venue for its 2017 edition along with the phase 2 artist line up and it can’t get any bigger.

After shifting to Maharashtra from Goa last year the new sunburn venue is located on top of the hill at the very entry to the 1200 acre Oxford Gold course which is rated among the best in Asia.

Sunburn 17, will be the first ever large format international event at the Oxford Golf Course. Sunburn will actually create a brand new infrastructure at Oxford Golf Course that will benefit the city and the state forever.

Sunburn Festival 11 is all set to take the dance music experience to the next level from the 28th to the 31st of December with a special NYE performance by World #1 DJ, Martin Garrix along with Afrojack along with electronic dance music legends Infected Mushroom. The festival will also feature Belgian duo and world #2 DJs, Dimitri Vegas and Like Mike on 28th December. The stellar line-up also includes the best live act of 2017, KSHMR along with the ‘Rockabye’ hitmakers Clean Bandit. After a packed Sunburn arena earlier this year, DJ Snake makes a comeback to the festival with his performance on 29th December. Sunburn Festival 2017 will also feature performances from Kayzo, Coon, Nucleya, Justin Mylo, Ten Walls and a host of others over the span of 4 days.

On entering a new decade, Ola Sunburn is looking at creating an array of experiences for the attendees that would not only give dance music enthusiasts memories that last a lifetime but also redefine the way entertainment and live music is consumed in the country.

Speaking about the festival, Karan Singh, CEO, says, “Over the last 11 years we’ve evolved from being a music festival to an aspirational brand built on fan experience and consumer loyalty. Given our promise of a renewed experience to our fans in this new decade, we have moved to a brand new venue surrounded by breath taking view of nature around the festival area and a highly accessible and well connected location.”

He further adds, “Sunburn has always prioritized the demands of music fans and works hard to create the best festival experience for the public. Oxford Golf Resort will play the perfect destination host and offer the experience we envision for our fans. We’re going in all guns blazing to make this year bigger than our previous editions including one of the best artist line ups which include 3 of the top 10 Djs in the world. We will ensure the highest safety implementations in a safe environment to ensure the festival is an incident free one”

Launched last year as a brand extension of brand Sunburn this year, Sunburn Echo featuring a live stream of the headliners from the main festival will be hosted across 10 cities including Indore, Raipur, Mangalore, Dehradun, Kolkata, Delhi, Lucknow and Bhopal among others, featuring a live emcee, DJs, SFX and the works gave an authentic experience of Sunburn.