Students who are fine with cheating likely to tolerate unethical behaviour at workplace. 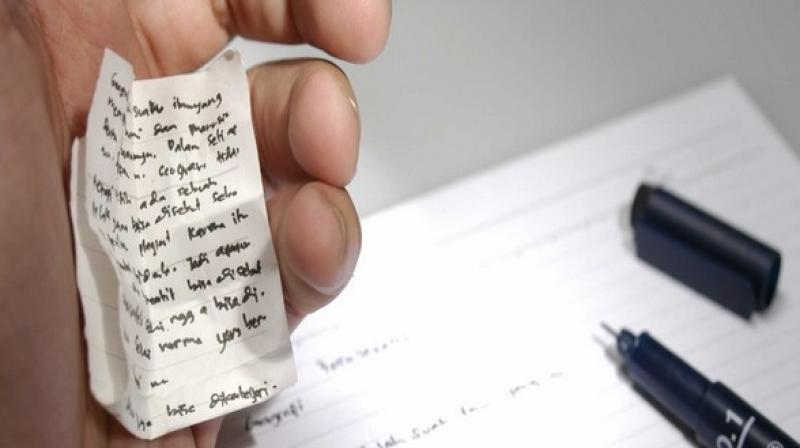 The study published in the Journal of Marketing Education. (Photo: ANI)

Washington: If you thought that cheating sometimes in exams was fine, then you might be wrong as a new study has pointed out that this behaviour might seep into an individual, making them tolerant towards unethical behaviour at their job.

"If [students] have this attitude while they're in school -- that it's OK to cheat in school -- that attitude unfortunately will carry over to the corporate boardroom," said study co-author Foo Nin Ho, San Francisco State Professor and Chair of Marketing.

The study published in the Journal of Marketing Education tackles two questions: If students tolerate cheating in the classroom, will they also tolerate unethical behaviour in their careers? And what's shaping these attitudes?

Part of the researchers' intention behind the study was to give educators insight into what's happening in their classrooms so they can challenge and possibly change student beliefs about cheating. The fear is that these lax attitudes if left unchecked could manifest later as turning a blind eye to unethical business behaviour or participating in a cover-up, said study's lead author Glen Brodowsky, California State University San Marcos Professor of Marketing and Chair of Management.

To conduct the study, researchers surveyed nearly 250 undergraduate marketing students from Cal State San Marcos and SF State. They were asked to respond to statements about cheating and ethics such as "It's cheating to ask another student what was on the test" and "Within a business firm, the ends justify the means." They were asked to choose a response along a scale that ranged from strongly agree to strongly disagree.

It was found that students who were more tolerant of cheating in a classroom also demonstrated openness to unethical behaviour on the job. Researchers then went a step further and pinned down the underlying forces influencing these attitudes.

They modelled the study on older ones about cheating and ethical behaviour. One previous study about ethical decision-making identified two traits, individualism and collectivism, as the biggest cultural factors in determining how people resolve conflicts in a way that's mutually beneficial.

So researchers decided to measure whether being an individualist or a collectivist led students to be more or less tolerant of cheating. The results revealed that group-oriented students, or collectivists, had a more laissez-faire attitude toward cheating than their more individualistic classmates. Collectivists want to maintain group cohesion, so they're more likely to be OK with unethical behaviours, Brodowsky said.

"To save face they might count on cheating to make sure they all do well. They also won't rat each other out because that will make people look bad," the researcher added. Researchers were, however, quick to point out that just being from a collectivist or individualistic culture doesn't define who a student is.

"Just because a student is part of one culture doesn't mean they'll be more tolerant of cheating. Their survey measured individual attitudes shaped in part by culture -- an important distinction, they say," Ho added. "As professors, we need to set the tone and say, 'This is what's not rewarded in the classroom' and train students that following ethical behaviour leads to better outcomes," Brodowsky suggested.