In search of creativity

Dr Satya Prakash Choudhary, a dental surgeon by profession, describes his journey of turning into a filmmaker with his debut, The Last Koan. 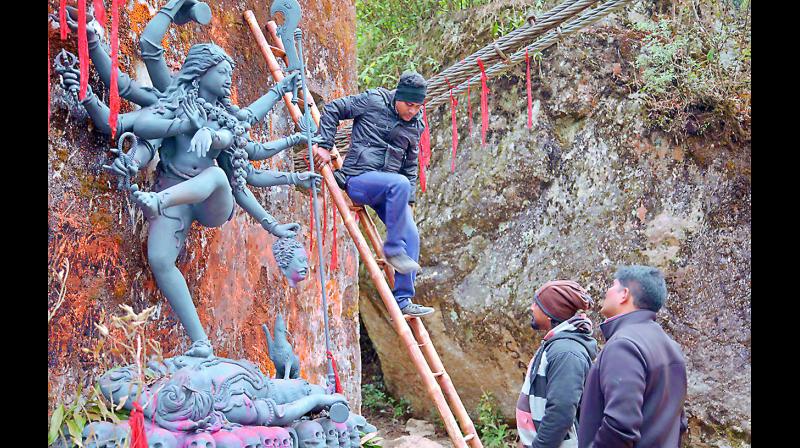 A still from the movie The Last Koan

Having established himself as a successful dental surgeon in Australia for over several years, and done extensive research on behavioural sciences and clinical psychology, Dr Satya Prakash Choudhary, an Australian citizen of Indian origin, has now interestingly turned into a filmmaker. The Vizag-born Satya Prakash, who relocated to Australia 15 years ago, reveals that there has always been a creative discontent within that drove him to explore other areas.

“I have been writing several stories. My art work is part of the same spirit of inquiry and exploration. My personal quest has taken me from writing, painting and composing music to finally culminating in filmmaking,” reveals Satya, adding that his multidisciplinary background, which combines dental surgery, clinical psychology and classical studies, has come in handy to write stories and understand cinema.

“Combining elements and characters from Indian folktales, the film narrates a postmodern Vikram-Betal tale inviting multiple interpretations,” explains Satya, adding, “I tapped into my training and clinical experience as a psychotherapist apart from researching real life stories of people who dealt with similar issues as my characters.”

The film was predominantly shot in the remote areas of Darjeeling, with its picturesque setting apt for the story. Satya shares that filmmakers have to learn how to deal with not only artistic expression but also with people. Admitting that independent filmmaking is challenging, he adds, “Shooting outdoors in the mountainous terrain was extremely challenging. And since I was both the director as well as the producer, I had to deal with multiple aspects of filmmaking.” According to Satya, shooting is only one-third of the job. “A film is actually made during post-production, by which time a majority of the crew would have moved on. So it is a lonely journey from this point onwards for an independent filmmaker. One needs strong will and conviction to handle this part of the journey,” says Satya, who spent five months making regular trips from Australia to Mumbai for auditioning actors.

“My cast is predominantly a mix of talent from film, TV and theatre backgrounds. Sahidur Rahaman, who played the lead role of Vikram, is a reputed actor,” he explains, adding that his journey from a doctor to a filmmaker has been very satisfying.

“They were several realisations during this transition phase and I’m glad that there’s been a huge learning curve,” he says. Meanwhile, the film had its world premiere at the Chelsea Film Festival in New York this October, winning two prestigious awards — a Special Jury award and Best Actor award for Sahidur Rahaman.

“The award has only buoyed our confidence levels, and we feel proud of our efforts,” says Satya, adding that the film will be showcased at World Cinema Milan on December 4.