Ogling is no birthright

It is disheartening to note that there are many people who believe that it is a woman’s way of dressing that causes sexual violence. 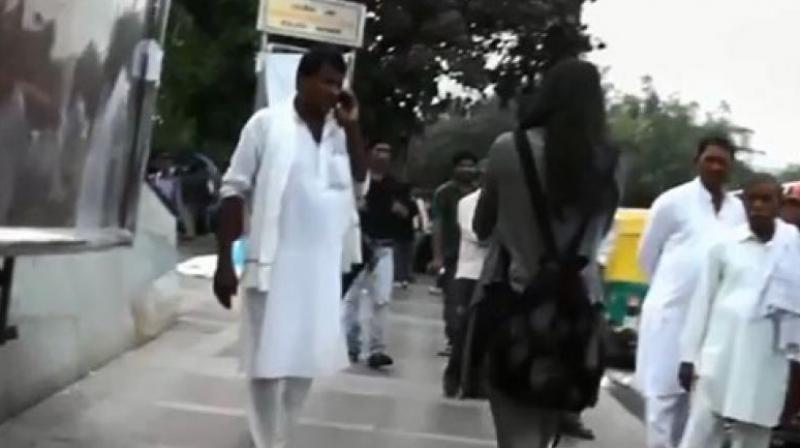 Every criminal urge in a criminal is a reflection of the failure of a security sector system. (Representational image)

A dear friend visited India, and in a state of near-distress, she asked me if I would go shopping with her for ‘Indian clothes’. I was surprised at first — she dressed fine for the Indian social ethos in her skirts, denims, button-down shirts, but she seemed to have something defining her need. On our way to a store, she told me that she felt incredibly uncomfortable because she couldn’t go about anywhere in form-fitting clothes or a knee-length skirt, or shirts without sleeves without being ogled at and sometimes, groped.

What she told me wasn’t out of the ordinary — many of us are familiar with this microaggression. We are not strangers to the treatment of our bodies as eye-candy that lecherous men on the street seem to have a ‘right’ over, to ogle at. Her words pointed at the simmering undercurrent that we’ve all known and grown up with in India.

That got me thinking: is what a woman wears really something so difficult for men to deal with? Is it a woman’s duty to ‘not get’ violated or raped or harassed or ogled at? Is it for a woman to do everything she can so that a man can ‘keep his urges in check’?

If these questions were answered in the affirmative, it would be like saying that every criminal urge in a person is a reflection of the failure of a security sector system — when reality is more often a proclivity inherent in an individual than an external element. It is disheartening to note that there are many people who believe that it is a woman’s way of dressing that causes sexual violence.

To say that a woman should be careful to not get raped is to feed into the sexist undercurrent that thrives in society today: that a man can do anything and his ‘urges’ are okay to run amok, and if the girl got unwanted attention from a man, it is her fault and not his.

The fact remains, though, that no matter what a woman chooses to do or not to do, there is an intellectual reasoning underlying it. Nothing in a woman’s choices or actions asks for objectification. The patriarchy, though, defines for itself a right to question a woman’s choice of dressing: be it verbally, or through micro-aggressions, or through outright violence. The root of any form of violence and discrimination between the genders stems from patriarchal attitudes. And until we realise that by perpetuating patriarchy, we continue to cause harm, this will continue.

The author is an Indian Women’s rights activist, a peace activist, artist, lawyer and writer.