Through the land of high passes 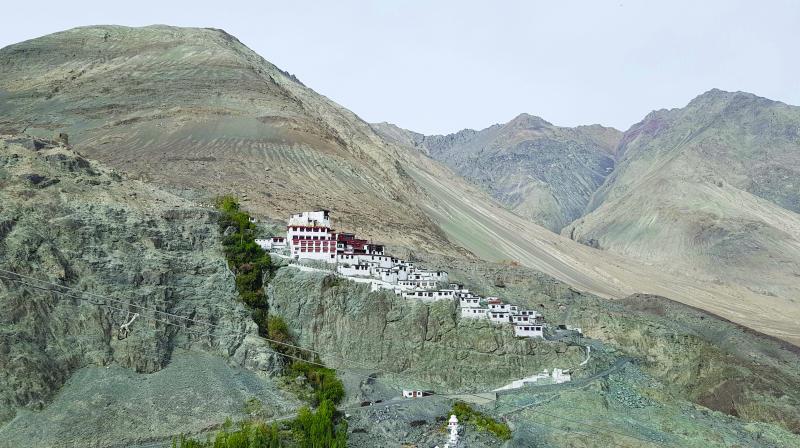 Diksit monastery is a must visit

A group of friends and I began our journey on the 15 August. It was a calm day spent on a boat house in Dal Lake. We were to visit Leh next and did a road trip from Srinagar to Leh, capital city of Ladakh. We saw the Himalayas in all its glory as it took us by surprise, transitioning from the mountains full of pine trees. 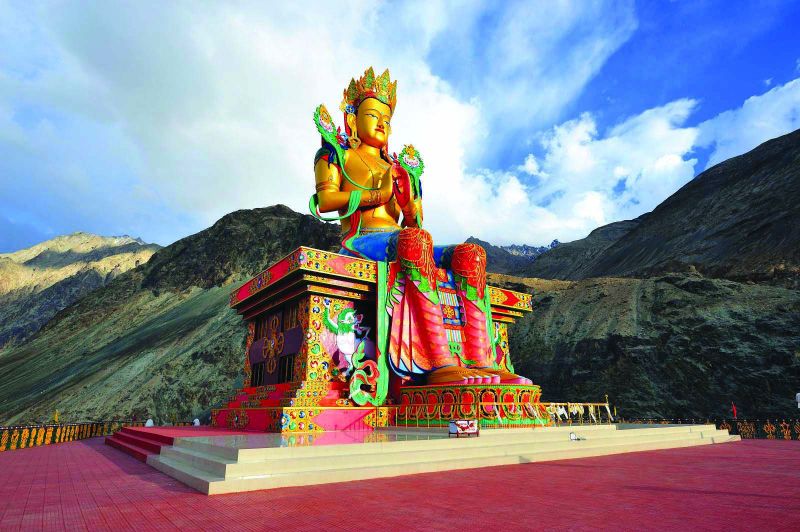 As we entered Kargil, the mountains were rocky with boulders; we saw deep valleys and gorges as Ladakh came closer. Snow-clad mountains, several glaciers and rivers were some of the beautiful sights the land of high passes — Ladakh — gifted us with. Leh is at an alleviation of 9,500 feet above sea level. We reached Leh at around 2 am and found the city completely shut. We were unable to find our guesthouse and had to spend the next few hours in our car. A few minutes in, I was gasping for breath as I tried to sleep. At the first break of daylight, I was woken up by the same uneasiness and to our luck, the guesthouse owner returned our calls. We reached the place and were advised to stay indoors for the next two days for the body to get acclimatised. Soon we were off on our journeys in Ladakh.

The most beautiful was Nubra Valley, a tri armed valley in the northern part of the Ladakh region of Jammu and Kashmir. The 160 kilometre drive began from our guest house. We crossed beautiful monasteries, green regions with apricot and almond blooms bringing colour to the valley. The region is a desert, much like the whole of Ladakh, but has green regions inhabited by Balti and Nubra Skat speakers with the latter being the majority. Beautiful Tibetian architecture were found throughout the little villages.

The landscapes constantly change from lush valleys to barren deserts and little teashops along the way make for lovely breaks to get up-close with the local residents. 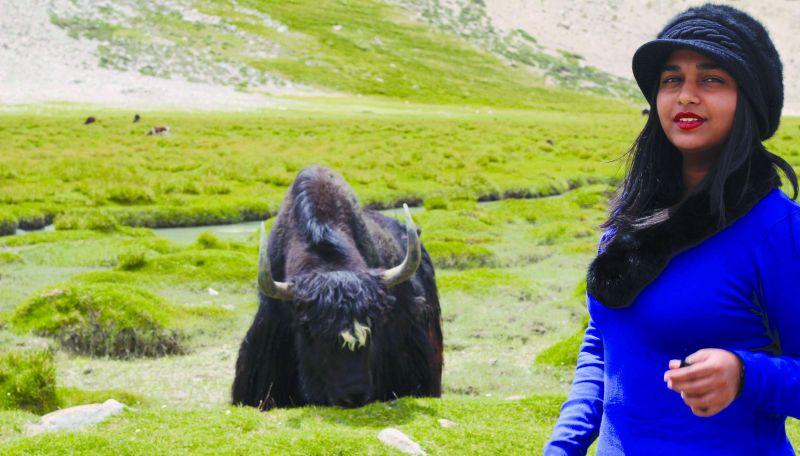 Our first stop was Hunder, famous for the double-humped Bactrian camel safari. The species is endangered and it is said that Ladakh is one of the few regions where one can see these camels. On our way our driver informed us about a lake a few kilometres away. It was a “secret lake” he said, one that not many people know about. This got us excited, and so we agreed. It was a slight deviation from our route but we assumed it would be worth it. We got to a valley, and for miles we could only see mountains, sand, grass. The car could not go any further and we had to trek up the mountain, it was a lake on the top.

Nothing fancy, it actually would pass off as a pond. I looked around and the mountains stood tall, I could hear the sound of the wind much before it got to me.  And to be sitting on a mountain in the Himalayan range was overwhelming. We spent a few hours and left for Hunder.

Hunder in Nubra valley came with its own set of experiences. Sitting on the camel and passing through the sand dunes along the beautiful Shyok river is what attracts tourists. We spent the night in a tent facing a stream; the gushing of the river creating music as we slept excited to leave for Pangong the next day. 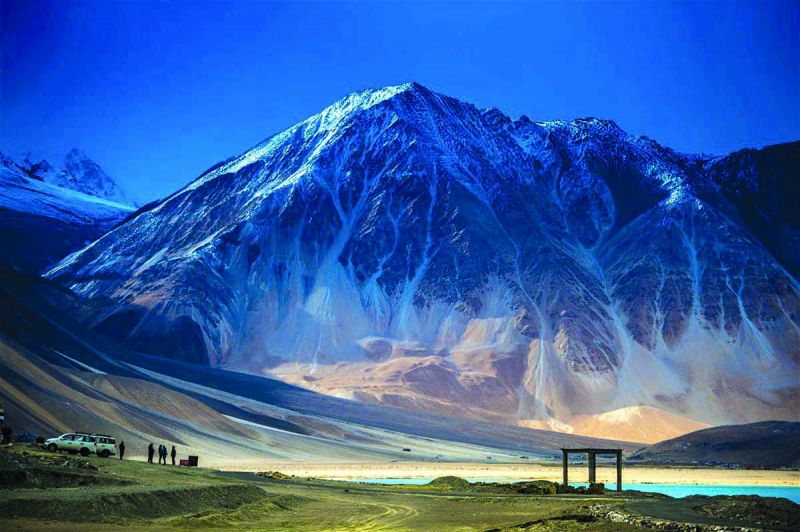 The day began with our visit to the Diksit monastery, one of the largest and oldest Buddhist monasteries in Ladakh, founded in the 14th century. It is situated on a hill just above the Shyok River. As we entered we saw a large 106 feet tall statue of Maitreya Buddha. Since the monastery is at alleviation it is a great spot to capture images of the Karakoram Range and the village below. The locals are extremely kind to travellers and are always willing to help.

We drove to the Yarab Tso Lake, believed to be a sacred lake by the locals. Undisturbed and calm the lake reflects the sky. It looks like a painting, we wanted to take pictures, but had to leave. We were driving along the Shyok River and he was trying to cross a certain place after which he said our journey would be much more relaxed. At 8 am, we crossed a riverbed, full of white pebbles and rocks, a breathtaking sight. There was no water; several other cars were also speeding in the area. We were then told, had we been an hour late, we would be stuck, as the river would begin to flow in force through the riverbed only to recede in the night. Ladakh’s unending surprises had us smiling.

Strangely the air got cooler as we passed through the desert with the sun at its peak. We drove through streams and drank the water flowing through the glaciers.

We saw the sparkling blue Pangong Tso Lake. The temperature here is very low. The snow-clad mountains on the opposite side of the lake is part of Tibet controlled by China. The border between the two nations - Sino-Indian Line of Actual Control is in-between the lake. The beauty of the lake is the colour changes from grey to azure to light blue and some have seen it while it is green. The lake is huge and everyone found a tranquil spot, so did I.

We camped on the shore, the night got extremely cold with the temperature dropping to 4 degrees. Thankfully, we carried warm clothes that were not put to use through the trip.

Our journey came to an end with us travelling back for another adventure in Srinagar. We drove through the Chang La Pass, which is the third highest motor able pass in the world. Ladakh gave us several memories that neither pictures nor words can do justice to.