Suicide prevention needs to be taken seriously in a country where more than one lakh people kill themselves every year. 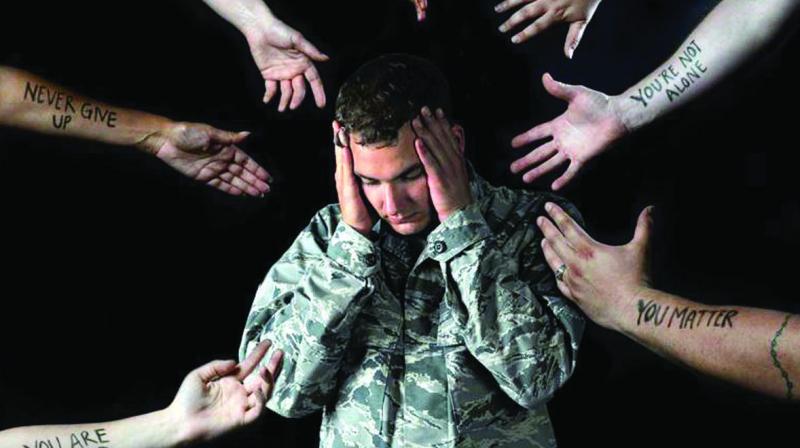 Many times, students commit suicide after failing in an exam due to the fear of how their parents will react.

The National Suicide Prevention Awareness Month is almost ending. According to a report from the National Crime Records Bureau, more than one lakh persons commit suicide every year in India. Mental health and suicide is the top reason for mortality among older adolescent girls and boys. These are increasing at an alarming rate as per the Global Burden of Diseases data.

The general belief is that a hopeless person is one who chooses to commit suicide. However, most people who decide to end their lives are somewhere hopeful that things would be better once they die. But instead of exploring more about that, they get trapped in the darkness of their minds.

Like every girl, I was prepared for a rosy future after finishing my MBA and starting my job in a Bengaluru-based firm. In 2013, on the cusp of my career in the corporate world, I was diagnosed with cervical tuberculosis and was home-bound for two years. Disease, medicines, and therapies not only pushed me to the limit physically but psychologically as well. While struggling with this, another storm hit and devastated my life – I lost my mother to suicide.

She was my best friend, motivator, and my whole life. It was a shock for my family and a trauma for me. I felt as if I was falling deeper into a dark world. I no longer had a reason to live. But I asked myself if I was the only one in pain in this whole wide world. And then I started researching suicide, life after death and suicide prevention. I met psychologists and asked them how I could help myself. I started penning down my all questions, emotions and whatever I had to share on blank papers and that’s how I wrote my first book Without a Goodbye. It worked as a healing therapy for me, releasing what I was holding inside. Then I decided to write my second book — Amayra – The Essence of Life — to promote suicide prevention awareness in the country. Now, associated with the International Association for Suicide Prevention (IASP), I am glad that people are talking about mental health, depression and suicide in a positive way.

Preventing suicide is our collective responsibility. It is not simply restricted to policy making but also requires creating awareness and sensitisation on mental health.

Suicides can be prevented through various measures taken at the community and individual levels. Besides listening to the person, observing sudden behaviour change and offering a gentle word of support and listening in a non-judgmental way can make all the difference. Being caring and listening with a non-judgemental ear are far more likely to reduce distress than exacerbate it.

Many times, students commit suicide after failing in an exam due to the fear of how their parents will react. But if they would have approached their parents for help, though they might get angry, they would definitely try to find other options for their children.

Visiting psychologists and psychiatrists should be promoted as a means of a healthy lifestyle, similar to people visiting nutrition experts. It can start with an education at schools and colleges through various activities and programmes. Dedicating a month for suicide prevention is a great way to create awareness about this alarming issue. We need to break the stereotyping and taboos regarding unhealthy mental conditions and need professional help for the same.