Playboy founder passes away at 91

Hefner leaves behind a $43 million fortune, to his wife Crystal, and four children. 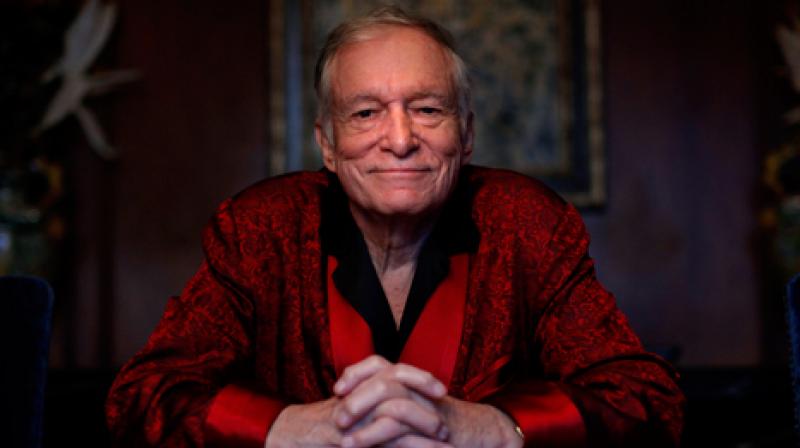 The American adult magazine publisher, businessman and himself a notorious playboy passed away from ‘natural causes’ at The Playboy Mansion on September 27. (Photo: AP)

Playboy has confirmed in a statement that its iconic founder Hugh Hefner is no more.

The American adult magazine publisher, businessman and himself a notorious playboy passed away from ‘natural causes’ at The Playboy Mansion on September 27.

He was  “surrounded by loved ones,” according to the statement. He was 91 years old.

The self-made-multi-millionaire launched the iconic magazine in 1953. Starting off as a copywriter for the Esquire which he left in 1952, he raised $8,000 from investors to start Playboy. What followed can only be described as a meteoric rise and a cult status.

Hefner has left behind a $43 million fortune, to his wife Crystal, and four children.

Born in Chicago, Illinois on April 9, 1926, his claim to fame was not only the magazine, but also for housing in the Playboy Mansion. He was known to date up to seven women at a time. He sold the mansion for $100 million in 2016, and lived in a neighboring estate until his death.

Hugh was married three times, first to Millie Williams, then actress and model Kimberley Conrad. He wed model Crystal Harris in 2012, and they were still together at the time of his death. He is also survived by his four children: Christie, David, Marston and Cooper.