The 53-year-old JolYnn Winn was convinced that the devil had taken up residence in her settee. 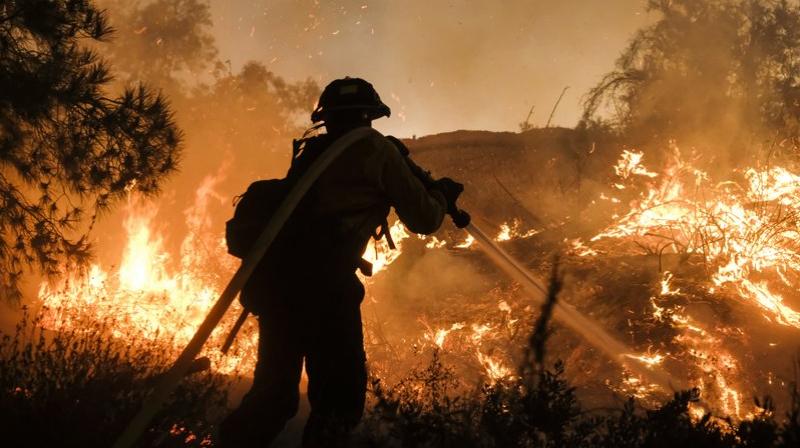 Winn had been taken to a local hospital for treatment before investigators arrived at the scene. (Photo: AP)

In a bizarre case, a woman burned down her house after trying to perform an exorcism on her sofa.

According to reports in The Sun, the 53-year-old JolYnn Winn was convinced that the devil had taken up residence in her settee.

Convinced, Winn decided to exorcise it.

Firefighters in Louisiana, USA, were called to the scene before the Fire Marshal later arrested Winn when it became clear she had started the blaze.

Winn was jailed at the Livingston Parish jail following eh fiery ritual, which she claims, she undertook to get rid the devil from her sofa.

On August 11, the 4th District Volunteer Fire Department contacted the LAOSFM about a trailer fire in the 11000 block of Arnold Road.

She told the fire fighters at the scene she had set the couch on fire in order to rid her home of the demon.

Winn had been taken to a local hospital for treatment before investigators arrived at the scene.

They found fire damage in the trailer’s living room and determined the fire started because of the burning couch.