Bride asks guests to pay $CAD1200 to attend wedding, calls it off when they don't pay

The bride from Canada, was due to tie the knot with her childhood sweetheart in a USD 46,020 wedding. 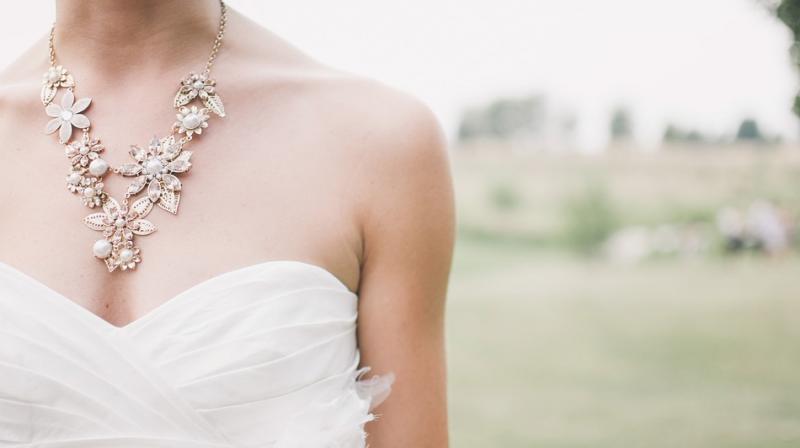 The couple decided to call off the ceremony just four days before exchanging their vows after they struggled to foot the bill. (Photo: Pixabay)

An angry bride revealed she was forced to cancer her extravagant wedding after her guests refused to pay $CAD 1,500 each to attend.

The bride from Canada, was due to tie the knot with her childhood sweetheart in a USD 46,020 wedding.

According to a story published in MailOnlin, the couple decided to call off the ceremony just four days before exchanging their vows after they struggled to foot the bill.

Taking to Facebook to explain her decision, the woman blamed her family and friends for the breakdown of her relationship as she vented her frustration in a lengthy post.

The post goes: 'Dear friends, it comes with great sadness that I am announcing the cancellation of the wedding. I apologise for cancelling only four days beforehand.”

It goes on, “Unfortunately, [fiance] and I have broken up due to some recent and irreparable problems. We have decided to end our relationship and not go forth with any future proceedings.”

Susan then explained how her relationship ended abruptly because her guests failed to fork out the $CAD 1,500 ($1,150)  they had requested.

“I specifically, I mean specifically asked for cash gifts. How could we have our wedding that we dreamed of without proper funding?” she said, adding, “We'd sacrificed so much and only asked each guest for around $1,500. We talked to a few people who even promised us more to make our dream come true.”

“My maid of honour pledged $5,000 along with her planning services. We tearfully thanked and accepted. My ex's family offered to contribute $3,000,” she added.

“So our request for $1,500 for all other guests was not f***ing out of the ordinary. Like, we made it clear. If you couldn't contribute, you weren't invited to our exclusive wedding. It's a once and a lifetime party [sic].”

The bride revealed that their dream wedding amounted to $60,000 and all they asked was for a little help from our friends and family to make it happen.'

After sending out the invitations, only eight guests RSVP'd with their cheque of $1,500.

She reveals that to make matters worse, her ex's family took back their offer, and more people backed out too, “including the c*** maid of honour.”

Desperate for her wedding day to go ahead, Susan said the couple then asked their guests to donate what they could afford.

Trying to find another solution, her then-fiance suggested getting an elopement in Vegas to cut down on costs.

She went on to write, “Am I some h**ch piece of f***ing trash, a hooker? Am I supposed to like the idea of getting married in the heart of shady gamblers, alcoholics, and the get rich fast fallacy? Suddenly, my body began to shake as I entered a panic attack.”

The bride reveals she tried to talk to her maid of honour and was told that she was asking way too much and should stick to the budget.

Susan then claimed her partner was gossiping behind her back.

“I overheard him talking in the basement when he called me a stuck up b****. Anyway I am exhausted. I am bone tired. My heart is not the same. It's stone cold,” she said.

Her friends quickly commented on her outburst, with one writing, “I have no words. You're out of your mind, Susan.”

And another said, “What happened to you??? Who on hell expects that amount of money?”

The rant even attracted some A-list attention, with Chrissy Teigen retweeting the original post on her own account, describing the saga as 'some lower stakes 13 Reasons Why s***'.