Man caught smuggling cobras in potato chip cans in US

The reptile is known for growing up to 18-feet long and its venom which can kill a human being in 30 minutes. 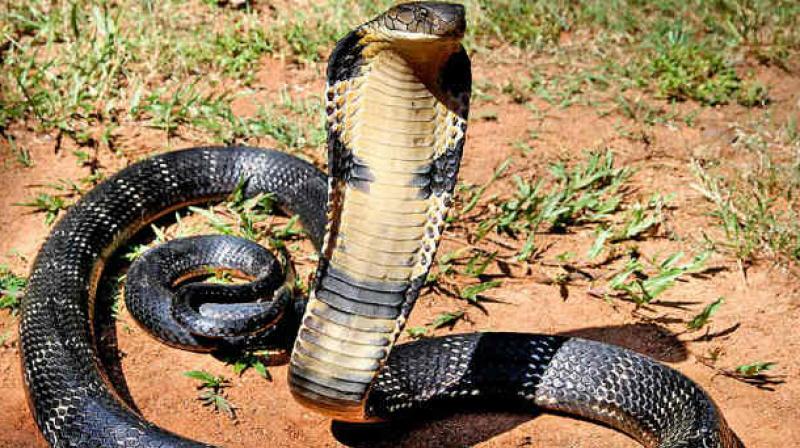 The package was shipped from Hong Kong (Photo: AFP)

Trafficking remains a major criminal activity across the world and while body parts of animals are widely smuggled for various purposes, some exotic and rather lethal creatures are also being trafficked.

In a shocking development in California, a man was caught trying to smuggle deadly King Cobras inside a can of potato chips. The reptile is known for growing up to 18-feet long and its venom which can kill a human being in 30 minutes and an elephant in a matter of hours.

The package also contained albino Chinese soft-shelled turtles, and to bust the racket cops kept the snakes and sent the package to a man who was set to receive it. They got a search warrant and raided Rodrigo Franco’s house to find many other protected species in his possession.