A study shows that human brain can get addicted to information as easily as it gets addicted to recreational drugs. 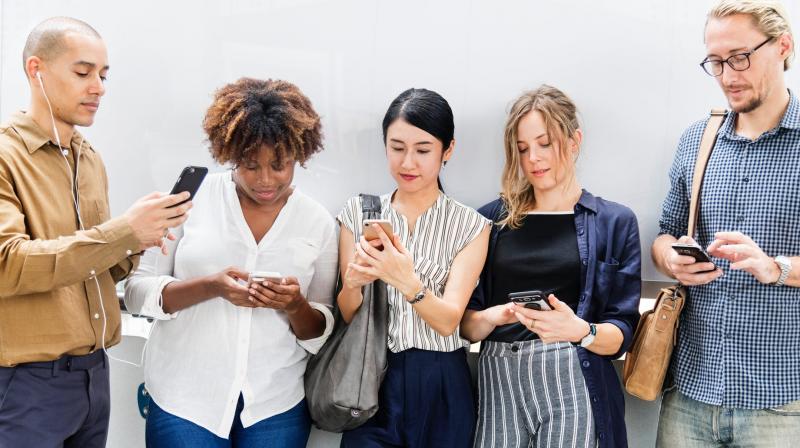 As we scroll endlessly through social media, we are feeing our brain with unnecessary and useless bite-sized information. (Photo: Representational/Pexels)

Human, being naturally curious creatures, are always looking to learn and evolve. But this curiousity isn’t always a good thing.

With ample information readily available through smartphones and social media, humans have developed a compulsion to constantly seek information. But it can have negative effects on our brain. As we scroll endlessly through social media, we are feeing our brain with unnecessary and useless bite-sized information. It is equivalent to empty calories for our brain.

A joint research by Helen Wills Neuroscience Institute and the Haas School of Business, at the University of California, Berkeley have found that the search for information taps the same neural code as the search for money. These findings were published in the PNAS journal.

"To the brain, information is its own reward, above and beyond whether it's useful," says co-author  and associate professor Ming Hsu, Ph.D.

Seeking information for the sake of it

The study tried to answer two questions. First, why exactly do people seek and information and secondly, what does curiosity look like inside the brain.

The researchers conducted an MRI of those playing a gambling game. Participants were asked to assess a series of lotteries and then make a choice of how much money they wanted to invest and calculate the winning odds, reported Medical News Today.

Some of the lotteries had valuable information and other had little information. The participants curiosity increased when the stakes were higher as well as when more information was available (in spite of the information being useless).

Through this, the researchers derived that the players’ behaviour was determined by the conflation of economic motivation and curiosity-driven impulses. People just seek information, irrespective of whether it is of any use to them.

"Anticipation serves to amplify how good or bad something seems, and the anticipation of a more pleasurable reward makes the information appear even more valuable," Hsu explains.

The research also showed that people respond well to money, food and recreational drugs as they produce dopamine in the body. Dopamine is key at directing motivation.

These areas also respond to money, food, and recreational drugs, and they produce dopamine, a hormone and chemical messenger that plays a key role in directing motivation.

"We were able to demonstrate for the first time the existence of a common neural code for information and money, which opens the door to a number of exciting questions about how people consume, and sometimes overconsume, information," says Hsu.

It established that there is a common code in the brain for monetary value and information, which activates a reward cycle in our brain. This also effectively proved that people can get addicted to information. It also directly explains why we are information hungry and constantly check the notifications on our phones.