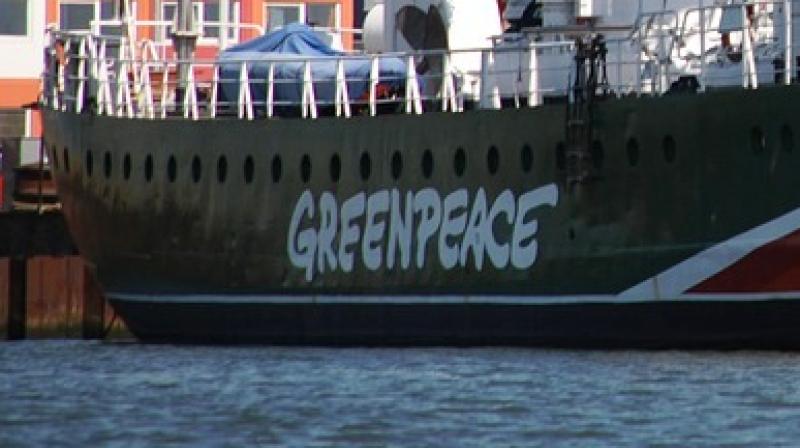 The demonstration had been made particularly memorable by the presence of leaders from indigenous communities worldwide, such as Ecuadorian shaman Kurikindi. (Photo: Representational/Pixabay)

Glastonbury: Thousands of festival-goers at Glastonbury formed Extinction Rebellion’s hourglass symbol on Thursday as the protest group joined forces with long-time event partner Greenpeace in a call to join a climate-climate rebellion.

The campaigners marched through Worthy Farm led by Extinction Rebellion’s pink “Tell the Truth” boat, which was last seen in London’s Oxford Circus when the group brought parts of the British capital to a standstill in April.

They called on ordinary people to join a youth strike planned for September, which they said aimed to force government and business to take the climate emergency seriously.

Activist Lizzy Haughton said while sitting in the middle of the symbol: “I think people are finally beginning to realise that, in order to tackle the climate and ecological emergency, we are going to have to be radical.”

Gail Bradbrook, Extinction Rebellion co-founder, said the demonstration had been made particularly memorable by the presence of leaders from indigenous communities worldwide, such as Ecuadorian shaman Kurikindi.

She told Reuters that she hoped all corners of the festival, which was in full swing on Thursday ahead of the start of the main performances on Friday, would heed the protesters’ message.

“I’m hoping they hear this prayer,” she said. “There’s limited juiciness in hedonistic indifference. There’s something better on offer.” Organisers said more than 100,000 ticket holders were on site by 0800 GMT on Thursday morning, slightly up on the same time in 2017 when the festival was last held.

The main stages open on Friday, when Lauryn Hill and George Ezra are due to play the Pyramid stage before first headliner British rapper Stormzy.