Life   More Features  28 Jun 2018  Prankster draws penis into Australian lake bed; it's so big it can be seen from space
Life, More Features

Prankster draws penis into Australian lake bed; it's so big it can be seen from space

Since appearing on Google maps, a user posted he ‘came’ all the way from New York to see the ‘beauty’. 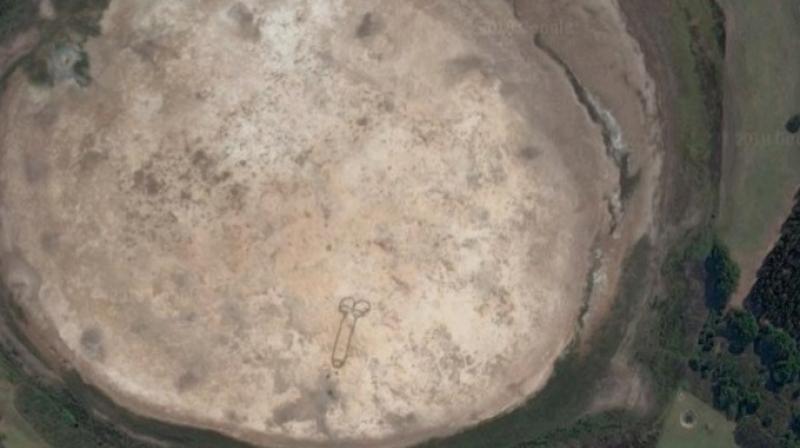 The massive drawing of a penis near Geelong, Australia, has been carved into a dry lake bed. (Google Maps)

A prankster from Australia has added something new for people to see from space. He has etched a naughty new landmark that’s so ­big, that it can actually be seen from space.

The massive drawing of a penis near Geelong, Australia, has been carved into a dry lake bed.

Since it appeared on Google Maps, it has had dozens of five-star reviews with one user writing, “Travelled all the way from New York to see this beauty.”

There has been no indication so far as to when or even if the giant penis will be removed.

Locals, however, seem keen on keeping it as a permanent attraction with the Geelong Facebook page offering a beer to the creator.