The Mumbai Police, with its tongue-in-cheek humour, yet again became a beacon of hope for all the women in the city. 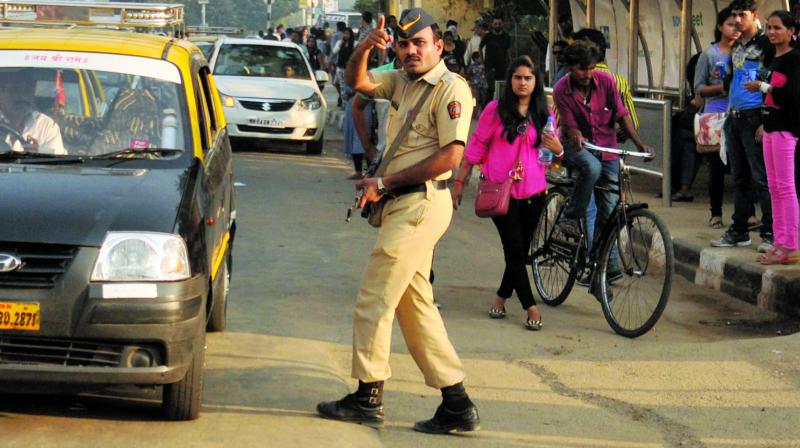 Women can dial 100 to lodge a complaint against online predators and file an FIR for the same (Photo: Debasish Dey)

A meme on Twitter that had been doing the rounds since Wednesday morning reads, “Block them. Call us. We will take good care of their emotion and intention.” The Mumbai police single-handedly sent a warning to all the men on social media to think twice before they send an indecent message the next time.

This tweet comes just days after global experts fro-m the Thompson Reuters Foun-dation have ranked India as the most dangerous country for women in the world. A system to handle something as inconsequential as a creepy comment on social media, therefore, seems like the need of the hour. 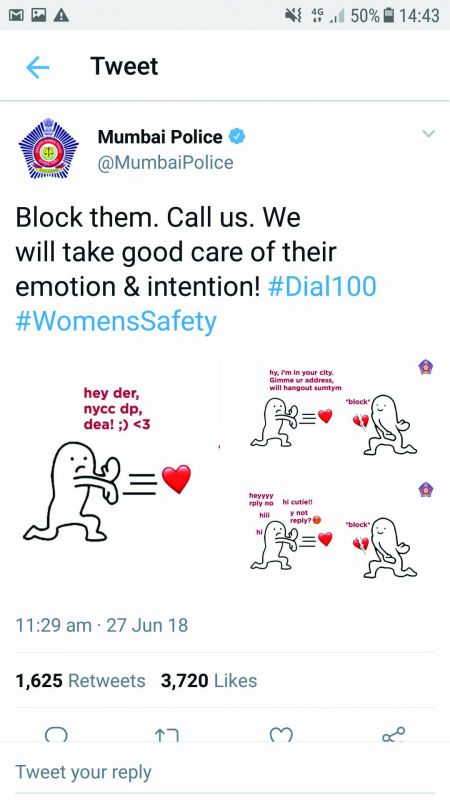 “We want to make people aware that (lascivious) messages sent to women on social media or on any platform are not acceptable and they can stand up and seek help from us if they are harassed,” says Deepak Deoraj, DCP PRO, Mumbai police.

In other words, the post suggests women to immediately block men making unwanted advances, and if things got out of hand advises them to register an FIR and seek police intervention.

While the Mumbai police has always been active and quick in tackling such issues, the intention of the post is to create a sort of awareness among women.

“The dial 100 has been there since the inception of the Mumbai police department. The intention behind the post is to reinforce and remind the women of Mumbai that they can reach out to us at any time,” says Deepak.

And 27-year-old Zinnia Saldanha is all praises for the city police. “I think it’s good that they are acknowledging cyber teasing as harassment and that cops could get involved. I think this in a way could create fear, knowing these guys can’t get away that easily now,” says the resident of Chembur. 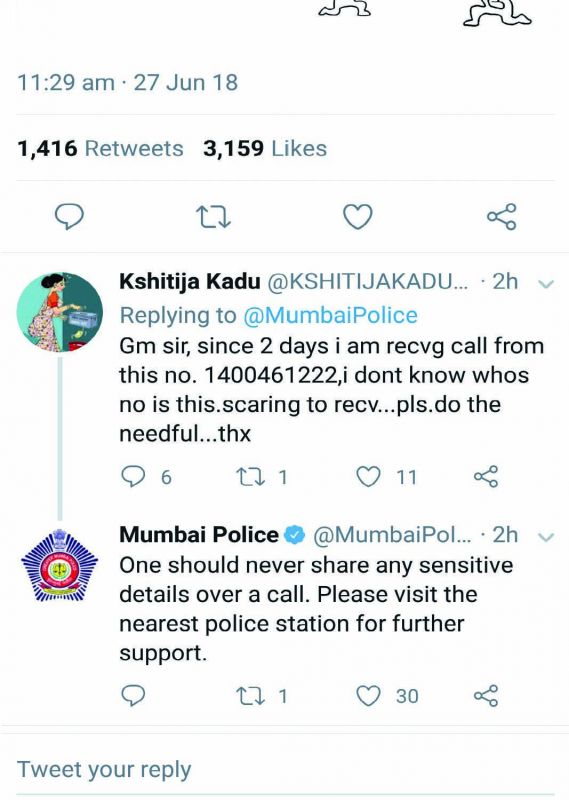 The PRO further explains how they plan to go about it. “After dialling 100 we inform the police department of the particular area to take action. We get a lot of calls on a daily basis, but we make sure to look into each one of them,” assures Deepak.

While there are many women who are applauding the initiative, there is always a doubt if the police will really lodge a complaint about something as trivial as harassment on social media. “I don’t see how dialling 100 can reduce my worry if someone harasses or threatens me on social media. I will be left confused thinking if this would be treated as a complaint? Would I still have to file an FIR? There has to be some clarity,” says 24-year-old Aishw-arya Kulkarni, a resident of Goregaon.

There have to be clear boundaries as to what constitutes harassment on social media. “My privacy settings are airtight just so that I don't get weird comments on my photos. So while I can do everything in my power to weed out these people, it's nice to see that the police is trying to help us out here. But my question still remains. How much is too much?” asks Sonal Rao, a social media professional from Vashi.

While this initiative seems like the beginning of change, a lot needs to be done in terms of social media laws, low conviction rates for harassment cases and a general sense of awareness in the country.