Wrestling or pehlwani is a sport that was developed during the Mughal era. Today, it’s a sport for a handful. 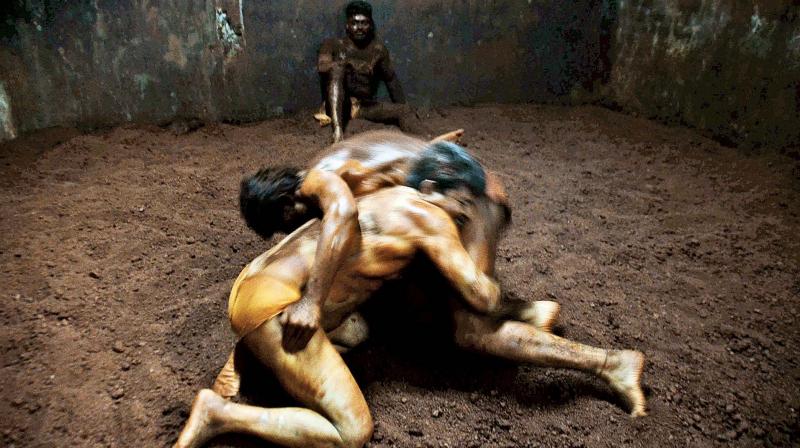 After successful films like Sultan and Dangal, which glorify the lost sport of wrestling, we look at one of the oldest akhara in the city. ( Photo: Shripad Naik)

In the year 1938, India had two communal riots, one in Allahabad and the other in Mumbai (then Bombay). The very same year, a group of wrestlers from Kolhapur’s Chandgad taluka came to the city to open an akhara. In the traditional context, akharas are meant to either be a place to practice Indian martial arts or a monastery of religious renunciation. Perched in the heart of Lower Parel, Kolhapur Vyaamshala is one of the oldest akharas in the city where about 25 students learn the art of wrestling under the tutelage of Kallappa Patil.

Kallappa was 14 year old, when he came to the city. He was one of the chosen ones to follow his ustaad Maruti Naik, a state level champion, whose days of glory was rooted in the heydays of textile mills in the city. Maruti was an employee at Morarji Mill and would hobnob with his employers in their cars, Kallappa adds to reiterate the lost sheen of the profession.

The gates of the vyaamshaala  creaks out of age, as one enters the dark and damp room. On the floor lie assorted sandals and shoes. The air is thick with the smell of sweat and testosterone, and there’s a general sullen feel about it.

“Pain is very important in wrestling. Without pain, you can never succeed in wrestling,” says Kallappa. Whether it was the physical or the existential pain that one must suffer remained as clear as the dark hall where men put mud on themselves as they prepared for practice. 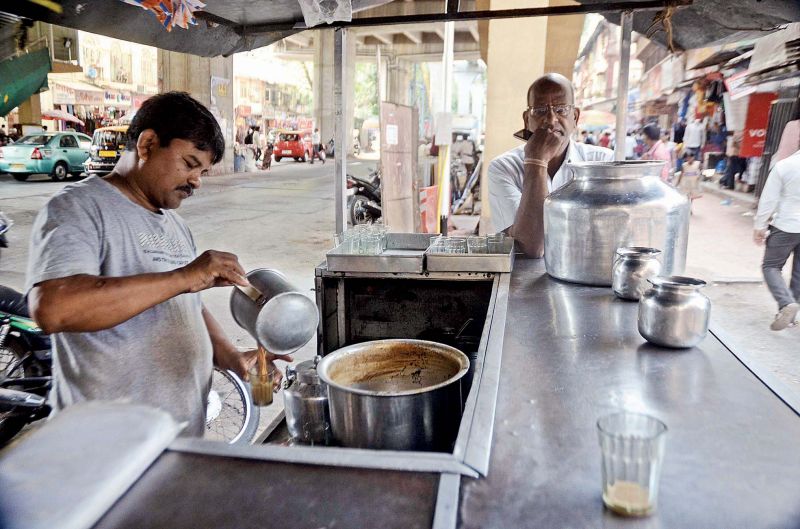 Kallappa (left) at his tea stall.

Kallappa runs a small tea-stall outside the vyamshaala. “This is how I earn my living,” he says, as he puts shira and poha on a plate, neatly divided into two hemispheres.

Wrestling or pehlwani is a sport that was developed during the Mughal era. Today, it’s a sport for a handful. “Traditional ways of body-building have given away to the much-glamourised ‘six-pack abs’ and protein shakes and whatnots,” laments Kallappa. “One’s body should be powerful and not just bloated. The people underestimate the power of our traditional resources. All one needs is good food — eggs, milk, nuts. This is enough for someone to build a good and effective body,” he points out, adding, “If one stops going to the gym, within 15 days, he will be back to normal, but let a wrestler not ‘wear his langot’ (visit the vyamshala) for a year, he will remain unchanged.

His students mostly work as guards at different places across the city. “Some work in ATMs and banks, others work in hotels,” he adds.

“The country aspires the sport of the gentlemen, cricket, and have left behind its traditional sports,” he says sententiously. However, his only moment of happiness is when he reveals that his teenage son has recently won the school national kabaddi championship.