According to a palace statement, the baby will be known as His Royal Highness Prince Louis of Cambridge. 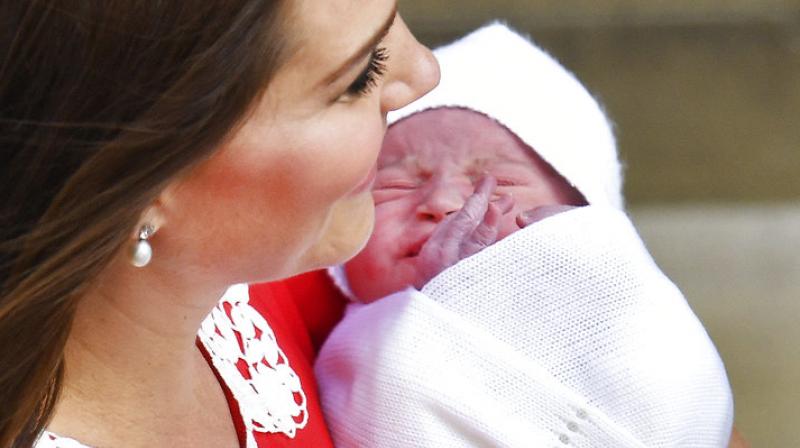 The Duke and Duchess of Cambridge already had used the name when they named their first child. (Photo: AP)

"The Duke and Duchess of Cambridge are delighted to announce that they have named their son Louis Arthur Charles," said a palace statement. "The baby will be known as His Royal Highness Prince Louis of Cambridge." He is now fifth in line to the throne.

Here are 10 things we know about the name:

Not a popular name in England and Wales: According to the ONS data, over recent years Louis has been hovering between being the 70th and 80th most popular boys names for new babies.

Surprise choice: Most pundits and bookmakers had made Arthur or Albert the firm favourite to be picked – with Louis an outside bet.

Louis has borrowed it from his brother: The Duke and Duchess of Cambridge already had used the name when they named their first child. Prince George, third in line to the throne, has the full given name of George Alexander Louis.

Blackpool zoo names someone Louis as well: Blackpool zoo had a baby camel calf born on the same day as the new prince, and wasted no time giving it the same name. The animal is cute, so we can just about forgive them.

It’s a French name and the French had 18 kings named Louis: The French monarchy were historically very keen on the name Louis, and ended up with 18 monarchs bearing that name. In fact, for 186 years between 1610 and 1798, every king was called Louis.

The 19th King Louis of France ruled for about 20 minutes before abdicating in 1830. His father, Charles X, had given up the throne that day during the Second French Revolution, and Louis Antoine, Duke of Angoulême, clearly saw which way the political wind was blowing.

Meaning in French: The Frankish roots of the name are said to derive from the words for fame and warrior, and its original form was Hlōdowik. The English derivatives have become Louis and Lewis, with the name becoming Ludwig in the Germanic tongue.

The English did have a King Louis for a while: He doesn’t feature in the Horrible Histories Kings and Queens song – but Louis VIII of France spent some time in England cavorting around as king, even having a proclamation of it at St Paul’s Cathedral. He was being preferred as ruler by the barons who despised King John. However, having landed at Thanet in 1216, Louis was removed from the throne when King John died, and the barons decided it was easier to deal with making his nine-year-old son King Henry III than carry on working with the Frenchman.

In 1217 the treaty of Lambeth was signed, and Louis was paid 10,000 marks on the condition that he accepted he had never been the legitimate King of England.

It has a family tie for Prince William: There’s a closer personal link for the present-day royal family. The last prominent British royal names Louis was Louis Mountbatten, the great-grandson of Queen Victoria and uncle to Prince Philip.