In India, the first date often causes some anticipatory stress. The young man is likely to be tongue-tied, and the lady bashful. 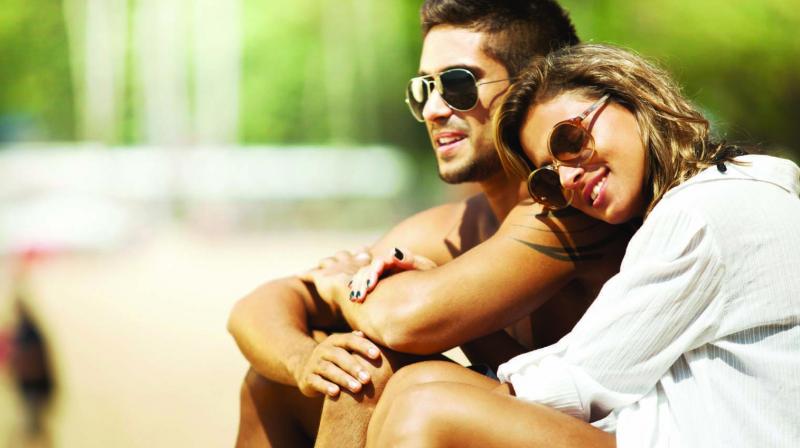 It is believed that co-educational schools prepare one better for comfort and less awkwardness with the opposite sex and a freer and perhaps easier interaction.

So something has been brewing between the two, and things have progressed beyond the locking of eyes and some coquettish words to invitations out in much romantic anticipation and flutters both ways. Dating is catching on in Indian cities, even in the small towns.  And yet it is still restricted to ‘modern’ or ‘forward thinking’ youth’. Traditional families still frown upon this development and it is often a surreptitious exercise.  But there is now a form of dating that is increasingly gaining consent, even encouragement by parents. This is again more seen in cities and towns, when a marriage is arranged and parents agree that the young couple might meet under certain ‘safe’ measures such as appropriate time of the day and place etc. to ‘get to know each other’. Since marriage is in the air, even these dates become exciting, romantic interludes fired with youth and anticipation of the “happily ever after.”

That's all wonderful, but here in India, the first date can cause some anticipatory stress. The young man is often likely to be tongue-tied, and the lady bashful. It's largely a cultural Indian thing, and from what I gather from my conversations and observation they can often do with some help in the Ice-breaking syndrome. I have a niece who is pretty and shapely and normally a self-confident happy laughing soul who goes into a panic attack before a date with fears that "he" would certainly reject her on knowing her.  A friend's daughter who had hidden away her glasses during the matrimonial approval ‘tea’ was sure he would find her ugly when she disclosed that she wore glasses and begged her confused parents to refuse his invitation to take her to a movie as a ‘getting to know’ exercise!

Boys have their own variety of jitters and insecurities.  Some who've been-there-done- that, can laugh and scoff at the stories we hear, but let's just retrieve our steps down memory lane? We too were often struck with pangs of differing levels of stress and fear of failure in that first encounter. It seems to be an in-built mating syndrome - a part of the preliminary mating ritual.  Youth is such that it needs our assurance they will survive to tell the tale.

A young man I know of, ‘loved’ a girl from afar. One day he got lucky. -After a party they were at, he contrived to drop her home in his car, alone.  The girl who responded his feelings fervently told me about it almost crying with consternation. He spent the entire much- elongated drive without a single word beyond a bashful “bye!” Things do get easier with more meetings, after all love (tries to) conquer all. Sometimes things don't work out too. A girl who thought she might help the man take the initiative, with somewhat inviting smiles and harmless overtures, shocked the man who reported to his parents that she was not ‘good charactered’ after all!

I'm happy to relate that the pompous judgemental guy is still unmarried ( or maybe a closet-gay). Reminiscent of reel life Sonam Kapoor kissing her beau on the dance floor to his utter disapproval and subsequent tantrum, leading to their not very pleasant break off in ‘Veere Di Wedding’.

Many men too feel insecure that no girl might marry them. Some put on a brash cocky demeanour --- a reverse mode to cover up insecurities and an ignorance on how to proceed towards a friendly interaction. A girl I know rejected a boy who thought he was being debonair by posing as an overly devil-may-care non-serious sort of party animal, when actually the poor fellow was quite a conscientious man putting up a front. He felt he might appear more attractive if he donned a rakish air.

It is believed that co-educational schools prepare one better for comfort and less awkwardness with the opposite sex and a freer and perhaps easier interaction. Schools in present times can have classes in social interaction, politeness, values, conversation, communication skills towards the opposite sex. I recently wrote about some Chinese universities conducting courses in relationship matters between the sexes. In our culture, where society is opening up it’s quite an idea whose time has come. What do you think? Lets discuss getting over the first date jitters next time and find some solutions.

The writer is a columnist, designer and brand consultant. Mail her at nishajamvwal@-gmail.com