Cosmetic procedures aren’t dangerous until you compromise with the treatment quality for cheap packages. 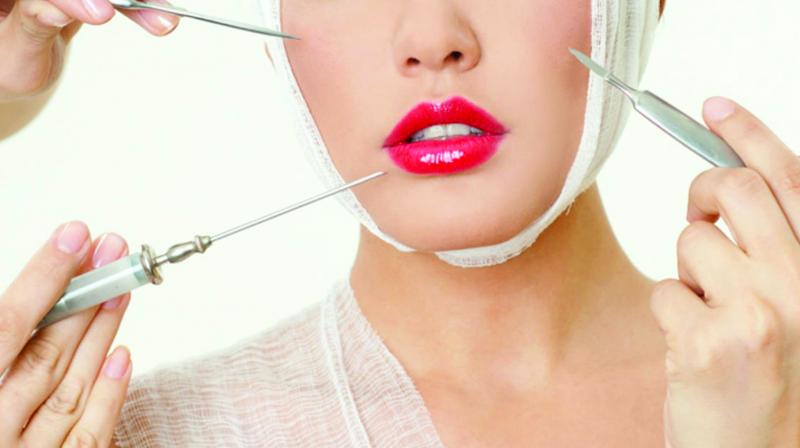 Celebrities mostly get cosmetic treatments done as it is quite important for their profession.

Some has gone for nose job, some for lip and some for fat-freezing. Indian celebrity community is a live example of what wonders cosmetic procedures can do for one. While actors like Swara Bhaskar and Anushka Sharma were a talk of the town after they went through cosmetic procedures, many prefer to keep it in their closet.

Celebs like Rekha, Malaika Arora, Kareena Kapoor Khan, Kangana Ranaut, Gauhar Khan have allegedly undergone procedures to alter one aspect or the other of their bodies. Rakhi Sawant on the other hand has gone on record saying, “I have undergone plastic surgery. I got my breasts done. Big deal.”She commented during an earlier interview to the newspaper, “If you start collecting the plastic that has gone into our Bollywood bodies, I can fill three trucks outside this very building. At least I’m honest enough to admit to it.” Celebrities like Salman Khan, Virendra Sehwag got hair treatments done. But for the millennial, if one’s absolute necessity doesn’t meet one’s budget, it’s best to wait rather jump into the fray, feel experts.

Swastika, a marketing professional, underwent tummy tuck-in as she wasn’t confident about her body previously. She, however, feels lucky that she bears no odd scars. Except, post procedure this happy foodie has given up her earlier life and gone cautious about her diet and skin care. Many may say there is minimal cost involved or time needed for such procedures, but it differs for every individual case.

Going all crazy about one’s favourite stars is nothing new. Collecting posters, wearing clothes, listening to favourite numbers, or even getting tattooed with one’s heartthrob’s name are quite common practices. However, where the actual pagalpanti (craziness) begins is when fans ape even the looks of their icons and get jobs done. While some of these treatments work wonder, many a times things can go terribly wrong, even fatal in some cases. There are innumerable scattered incidents across the world where people wanting to follow celeb trends, have gone for cosmetic procedures and have come back with a hideous result. In a recent report, a 36 year-old woman in the UK succumbed to pulmonary embolism after breast and tummy tuck jobs.

According to Dr Ajay Rana, who has a specialisation in these procedures, India ranks fourth in the world for the number of cosmetic surgery procedures performed after USA, Brazil and South Korea. “The country is a breeding hub for aesthetic surgeries with more than 9 lakh procedures conducted each year and the number is gradually increasing day by day,” he comments.

Cosmetic surgery may sound easy but in reality it is critical. So having full knowledge of what one wants and knowing the price to get it done is crucial. Celebrities mostly get cosmetic treatments done as it is quite important for their profession.

What celebs think
Kaley Cuoco
The Big Bang Theory star told that she had a nose job, breast augmentation and a round of fillers. “As much as you want to love your inner self, I’m sorry, you also want to look good,” she said. “I don’t think you should do it for a man or anyone else, but if it makes you feel confident, that’s amazing.”

Courtney Cox
“I’ve had all my fillers dissolved. I’m as natural as I can be. I feel better because I look like myself. I think that I now look more like the person that I was. I hope I do. Things are going to change. Everything’s going to drop. I was trying to make it not drop, but that made me look fake. You need movement in your face, especially if you have thin skin like I do.”

Lisa Kudrow
The Friends star called her rhinoplasty at the age of 16 “life-altering” in a 2013 interview with The Saturday Evening Post, said, “I went from, in my mind, hideous, to not hideous,” she said. “So there were plenty of people who wouldn’t know how hideous I looked before. That was a good, good, good change.”

Rhinoplasty is also known as nose job. It is not only done to reconstruct or to change the shape of the nose but as well to improve its functions

Hair transplant is a procedure in which the surgeon usually moves hair from the back or side of the head to implant them to the front or top of the head (bald areas).

Brow lift, also known as forehead lift reduces the wrinkle lines across the forehead, as well as those that occur on the bridge of the nose and it helps raise sagging brows.

Rhytidectomy, commonly known as a face lift, can tighten loose skin around the jaw line (jowls). It can also remove deep creases around the mouth and nose, and excess hanging skin and fat under the chin and on the neck.

Buttock Augmentation is used to enhance the contour, size and shape of the buttocks. It improves the balance of your figure.

Breast augmentation, sometimes referred to boob job, involves using breast implants or fat transfer to increase the size of your breasts to make them look perky as well as fat removal from males in cases of man boobs (gynecomastia).

Liposuction removes fat that can’t be gotten rid of through diet and exercise.

Abdominoplasty, also known as tummy tuck, surgically flattens the abdomen by removing extra fat and skin, and tightening muscles of the abdominal wall.

Non-surgical procedures
Injections and Fillers are the most commonly used non-surgical methods to remove lines and wrinkles caused by aging. Hyaluronic acid fillers are is the most popular product in this category.

Botulinum Toxin (BotoxTM) is used to remove fine lines and wrinkles. This is the number one minimally-invasive cosmetic procedure in the world.

Chemical Peeling enhances the appearance of the skin. In this procedure, a chemical solution is applied to the skin that causes it to exfoliate and eventually peel off, encouraging the renewing process of a younger looking skin.

Laser Hair Removal uses a concentrated beam of light (laser) that removes unwanted hair as it destroys the hair follicles under the skin that produces hair.