No city for the homeless

As HDFC resorted to hostile architecture to deter people from using their premises, it raised the question of apathy towards the shelterless. 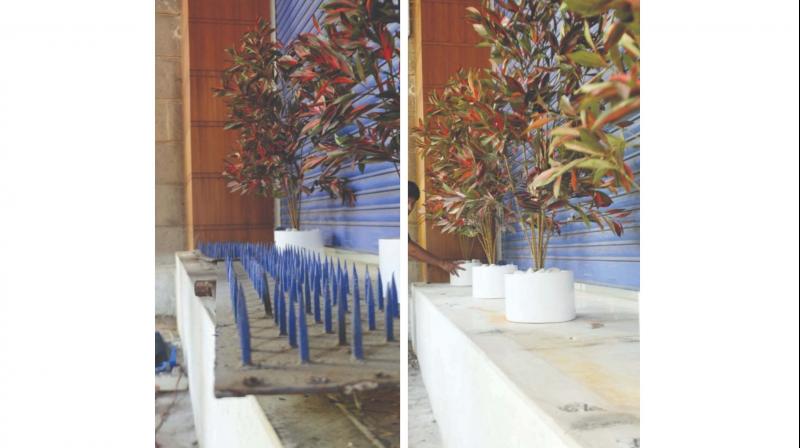 The spikes installed outside the Fort branch of HDFC garnered a lot of negative response. Later, the bank removed the spikes and lined the space with potted plants. (Photo: Rajesh Jadhav)

Taking inspiration from corporations in the UK and US, the Fort branch of HDFC Bank has come under fire for installing spikes outside its office. These spikes are meant to deter the homeless from taking shelter outside their premises at night.

Called hostile architecture, these spikes are part of urban design that’s meant to deliberately look unpleasant. While they’re usually fixed outside premises to deter people from using the space for any activities, it’s mostly associated with wanting the homeless not to use the space to sleep at night.

Following this backlash, officials from the branch were quick get the installations removed. But the damage was done.

Much like the inspiration caused an outrage in the West, the insensitive move from the bank had many customers appalled, with several of them announcing their decision to move their business elsewhere.

The Twitteratti raged with reactions calling the bank out for their cruel approach to the problem. “I don’t have any dealings with HDFC Bank yet, but I will open an account and then shut it,” said a rather vindictive tweet.

The bank, however, was quick to admit that it was a foul move. “We accept we shouldn’t have had installed the spikes. We take responsibility for our mistake and promptly had them removed,” says Neeraj Jha, head of corporate communications, HDFC Bank.

What seems most curious about this issue is that HDFC ended up walking the path of detrimental measures towards the homeless, despite moves like these earning negative press for corporations in several other countries.

“Someone just slipped up, for sure,” shrugs columnist Anil Dharker.

And brand expert Harish Bijoor asserts that the backlash was imminent once HDFC walked down this road. “Actions like these call for negative reactions — it was bound to happen. At the same time, what has happened is that HDFC’s move has negatively affected a lot of rich people, who prefer taking politically correct stands, with their business in the bank. Now they have the power to change their banks. And they might,” he says.

While the angry reactions have now transformed, Anil questions the need for such a backlash at all. “I wouldn’t say HDFC wasn’t insensitive in doing what it did. But, solutions to these problems are much more complex than we think,” he begins.

“Let’s move past the knee-jerk reactions. Homelessness is not a simple problem considering the numbers keep on increasing with each passing day, and more so in Mumbai, where rural migration is an oft brought-up phenomenon. But is it the corporation’s responsibility to take care of the homeless people? If the same was happening outside your premises, what were you to do?” he questions. 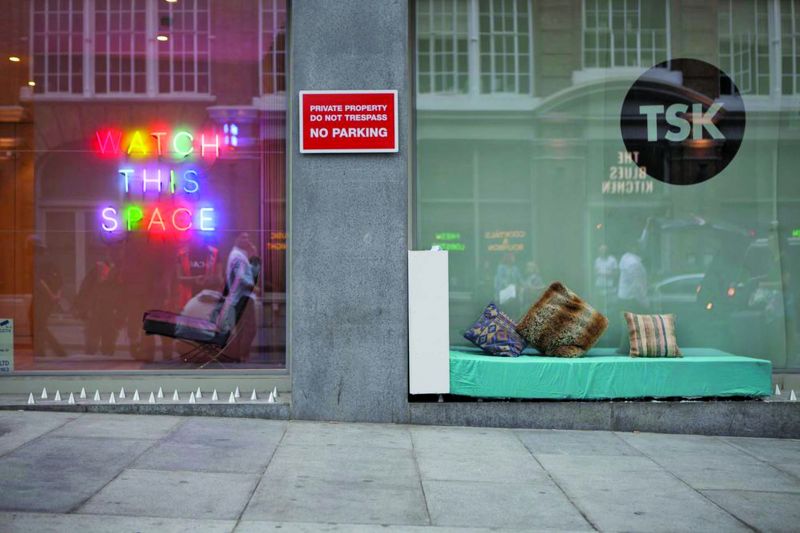 An act of humanity

ELSEWHERE...
Anti-homeless spikes were installed in Manchester City Centre, causing widespread outrage with the citizens. Often frequented by rough sleepers, the premises were covered with the ‘inhuman’ installation, even leading to locals covering the spikes with cushions to help the homeless, who used the space.

In 2015, spikes to deter “errant sitters” also came up in London. Since it was also meant to stop the homeless from setting up nightly spots over there, activists installed mattresses on top of those spikes. They even added a small library in the space to make it feel more like home. The collective behind the move is called Space, Not Spikes