New device to track movement of students in schools

The device will definitely be of help to the school authorities to ensure children are under secure environment. 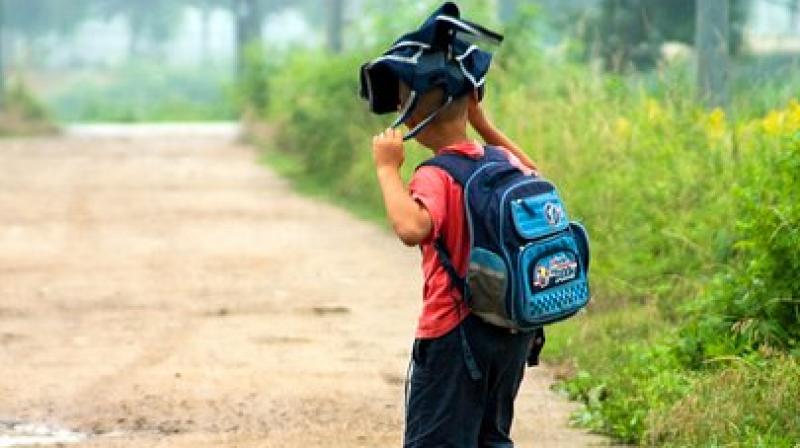 The device will definitely be of help to the school authorities to ensure children are under secure environment. (Photo: Pixabay)

A new device using technology like WiFi, Bluetooth beacons and GPS that can track the movement of students to ensure their safety within their school campuses was presented before a select group of private school principals in the city.

The device can be worn by students as standard identity cards and the data can be sent to the nearest gateway for detecting the movement, device manufacturer Future Netwings Solutions Pvt Ltd chief executive officer Jaideep Chakrabarti claimed.

Introducing such a device is important in the wake of reports of some incidents involving students within the school campuses in the city and elsewhere, he said at the demonstration before the school principals last night.

About the device he said, "If a student has unusal movement in a secluded area, alerts are generated immediately and cameras are activated. Unlike CCTV-based surveillance with hours of video footage but no real information, the solution Hipla School provides real time, actionable intelligence and reports."

The gateways, deployed across the campus of any school in a network of Bluetooth Beacons, WiFi and GPS, will receive data from IT cards and transmit the same to the Cloud, which in turn would trigger alerts, notifications or functions, he said.

The device has already been put to succcessful use in some educational institutions in the US as pilot, Chakrabarti said.

To a question, he said the whereabouts of a child who is not in the school or in the school bus can be tracked by his/her parents through built-in GPS in the ID cards, he said.

To a query by a principal that what would be the solution if school children swiped identity cards among their friends, he said that in such an eventuality the device would still be able to find out if there is any unusual movement by any student within the campus.

The student who strays beyond the compound or class room limits would be tracked with the card tucked in his/her body.

Dean of Studies, Garden High International School, Nandini Mukherjee said, "Only technology cannot solve everything. We cannot rule out the human factor to ensure better secured environment for every child.

"We need to keep the cost-factor in mind as well," she added.

Principal of South City International School John Andrew Bagul said the device will definitely be of help to the school authorities to ensure children are under secure environment.