A PhD from JNU, writing a book for Hamburg varsity on gender through the perspective of fashion, Nancy is ready to walk the ramp for LMIFW. 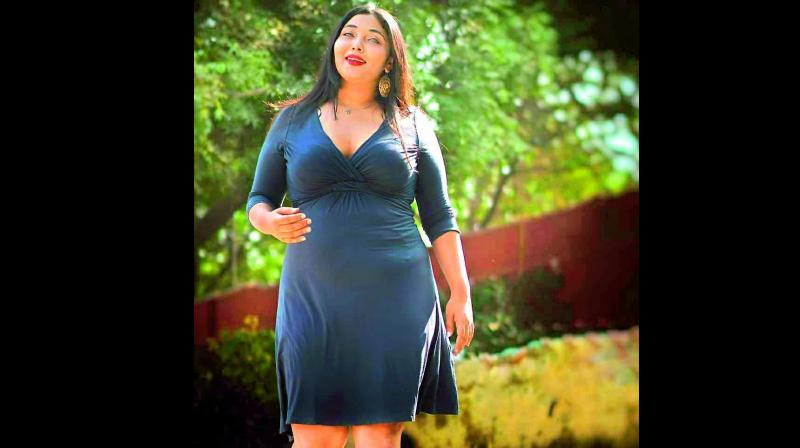 Fashion today has evolved into a space for more than just residents with perfect physical proportions, graduating to making a statement of sorts.

In India, too, this movement is gaining steam, with the Fashion Design Council of India breaking the mould by choosing not only new faces but also an unlikely medley of models for the upcoming Lotus Make Up India Fashion Week A/W 2020.

One of the PhDs in the line-up is Nancy Pathak, an assistant professor of political science at Sri Venkateswara College, Delhi, who completed her international relations from Jawaharlal Nehru University (JNU) and then went on to do her PhD in political science from the same university. Additionally, Nancy is currently writing a book for the Hamburg University, Germany, on gender through the perspective of fashion, titled High Heels and Rainbow Hijab, to be published in December by Palgrave Macmillan.

“I have been doing extensive research on gender and politics and how fashion can really be an instrument of change. My research investigates how it boosts individuality and is one of the biggest innovators, using clothes as a medium of communication. This has been particularly intriguing, as we see many interesting faces on the catwalk now, internationally too, so it is quite gender fluid, this is one of the strongest points of fashion,” explains Nancy, adding that her research is also about the third gender in fashion, not only about men and women.

Born in Bareilly to a judge, Nancy grew up believing that beauty is good health and wellness and not about a body size. She learnt these virtues from Professor Nivedita Menon, the most respected teacher of political thought and feminism at JNU, who set an example of her life. “She told me to not be theoretical but to learn empirically, which is what I am doing,”  Nancy adds.

JNU, Nancy’s alma mater, known for what some might call its “intellectual arrogance”, has readily accepted Nancy's decision to join modelling, which most people conventionally thought objectifies women and in some way sexualises them. “But I am here to announce that the current notion of the body is changing and the inclusion of people such as me has been liberating for a generally constricted fashion world. And that, I think, is a good move. So my idea of being a part of the line-up is to be an example for young girls and boys who starve and put themselves on a strict diet to stay in shape by looking at Bollywood celebrities who covertly perpetuate this myth,” she adds. Nancy was chosen to walk for the show after she cleared an audition for the same.While her parents are currently in shock that a bright mind has moved to fashion, they are slowly making peace with it, especially when she convinced them that modelling for her is activism. “I think beauty for me is happiness personified. Isn't that the ultimate goal of mankind?” she asks as she signs off.