An important thing to remember is that A narcissist does not even know SHE/He is one. it’s the most normal way of life. 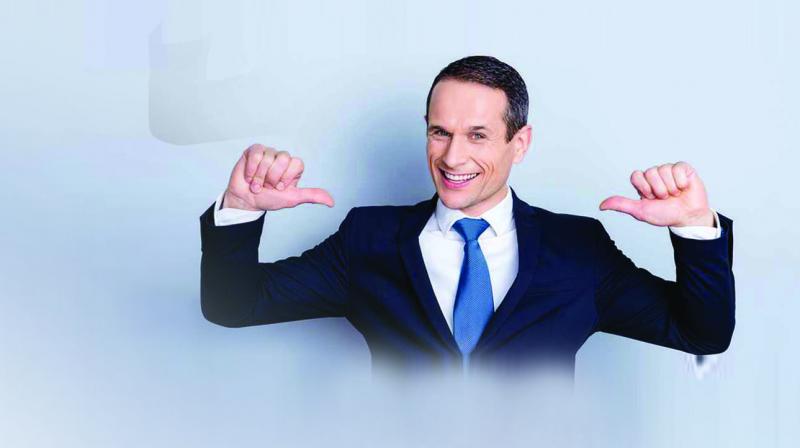 A narcissist parent doesn’t allow space to a child, and a narcissist spouse or boss who is suffocating in their forceful and domineering does the same.

How would you know if you are in a relationship with a narcissist? You wouldn’t! It would take a longish time to hit you that you are on the receiving end of a narcissists self-absorbed tirades and hurt by a narcissist who has spent a large chunk of your relationship making you feel guilty about any and everything you ever said or did. It’s got a name, this behaviour- ‘gaslighting’. When you’re constantly on the back foot, apologetic, guilty, upset, and made to feel wrong about most things. It’s often a narcissist parent and a dependent child. At your workplace that can happen between a boss and a subordinate. It can also be a dominating spouse or boyfriend. It’s a terrible way to exist for the empath, and the sooner you figure out for yourself the better.

An important thing to remember is that the narcissists do not even know they are narcissists. For them it’s the most normal way to live. To criticise, ridicule, and generally make the empath feel small about themselves all the time.  Narcissism is a personality disorder. The person who is living with this disorder does not recognise it.

“All my childhood I apologised to the narcissist in my life for their tantrums and vanity and resultant tantrums toward me” confides my cousin Riya about her mother. Such people are completely unaware of others' needs and are constantly trying to showcase themselves to the outside world favourably while behaving obnoxiously toward people close to them whom they take entirely for granted. They have that pressing need for attention, apperception and validation, only concerned about the ‘me myself and I’ all the time. “I remember my mother ridiculing me when I was barely five when I asked her the spelling of ‘cupboard’. She laughed shrilly and ridiculed me for my ‘ignorance’. “Hahaha you don’t even know the spelling of cupboard”, and I felt small in front of my school friends. All my growing up years I was especially ridiculed in front of cousins and friends by her, in those painful growing up years when you are so self-conscious and aware of how you look in front of friends and family” shares Riya.

The narcissist is self-absorbed and completely oblivious to anything incorrect within themselves. Devoid mostly of any self-examination they justify all the ridiculing and humiliating of their child or spouse or both, all the time preening politely and seeking recognition and endorsement from the rest of the world. They are clever to behave very appropriately in the presence of outsiders, seldom letting the veneer drop. They ignore any conscience within themselves so that it numbs out introspection of anything obnoxious in their own behaviour, blaming those close to them for anything wrong in their own lives as well. More often than not they are very huffy about the shortcomings of those close to them and excuse and rationalise any shortcomings within themselves. It is the close relatives or the empath partner who suffer the brunt of the narcissist most drastically. The narcissist makes the empath feel terrible about themselves, constantly belittling them-making them feel small about themselves -mostly to cover up their own inadequacies.

“Even as a child my mother blamed me for any argument she had with my father, maids who left the job due to her repugnant behaviour or neighbours who would take issue with her strident attitude” shares my cousin Riya ”somehow I was always wrong, you could seldom be right with her”.

The narcissist craves attention and is often a know-it-all. To cover up shortfalls within themselves, they become very dominating and do not allow a word in edgewise, so that their conversations are mainly in the form of monologues. A narcissist parent doesn’t allow space to a child, and so is a narcissist spouse or boss who is suffocating in their forceful and domineering conduct. They direct those around them on how they should be leading their lives and get very upset if their way is not followed. It’s the ‘my way or the highway’ approach. They live in a world where they rule and everybody else has to follow them or they go into long sulks and punish the empath.

And so the point of this discussion is to understand when you are the empath. Sometimes you spend your entire life not knowing you have been dominated, humiliated, made to feel guilty for small mistakes, because you were the victim in the terrible narcissist empath equation. Get out and get a life before it’s too late? Next time we’ll discuss how to change the situation or how to get out. Watch this space.

The writer is a columnist, designer and brand consultant. Mail her at nishajamvwal@ gmail.com