Have you heard about ‘climate gentrification’?

As humans struggle to achieve environmental sustainability, a recent study discovers that gentrification will also be influenced by climate. 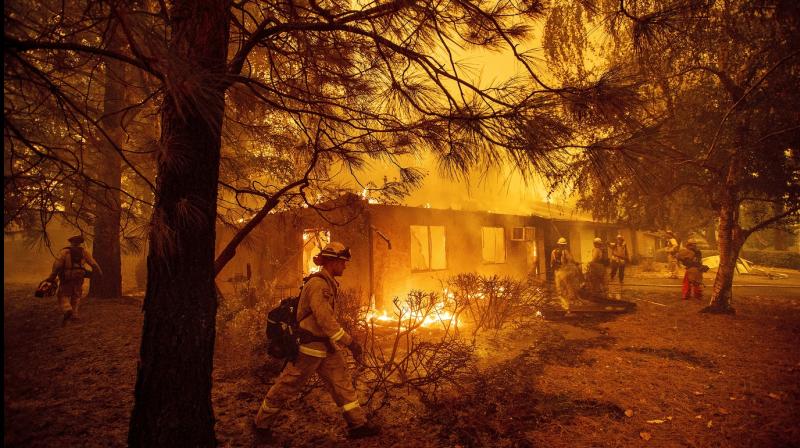 Firefighters work to keep flames from spreading through the Shadowbrook apartment complex as a wildfire burns through Paradise, California, 2018. (Photo: AP)

Global warming and climate change are common topics of debate and discussion now. We are slowly waking up to the reality of climate change, the affects of which are now very visible. And most contemporary researches the world over indicate that the conditions are only going to get worse, if our current coarse of action is not corrected.

Climate change has now ushered in the new phenomenon of ‘climate gentrification’. The term implies shifting or relocating from places that are prone to climate changes or natural calamities like forest fires, floods, etc to areas inland, or at higher sea levels. It is same as gentrification, only encouraged by or results due to changes in the climate.

As report by the Daily Beast, climate gentrification is growing rapidly all over the globe. This was concept conceived and formulated by Jesse Keenan, a faculty of Harvard’s Graduate School of Design. Keenan says, “It makes perfect sense to me that at some point in time in Southern California people will want to move to areas that are proximate to their communities, and that may mean moving to areas that are lower risk but have a different set of cultures and socio-economic characteristics.”

Keenan initially did not take think forest fires to be a significant cause of climate gratification. But he is now of the strong opinion that forest fires are not only going to increase in frequency, but also the amount of destruction they cause. Hence, the need for shifting for to safer places in California especially is a must. He believes that climate gentrification will not only be limited to Los Angeles but also across West Coast. “There are these areas that are pretty vulnerable, and they’re going to burn over and over again,” Keenan said. 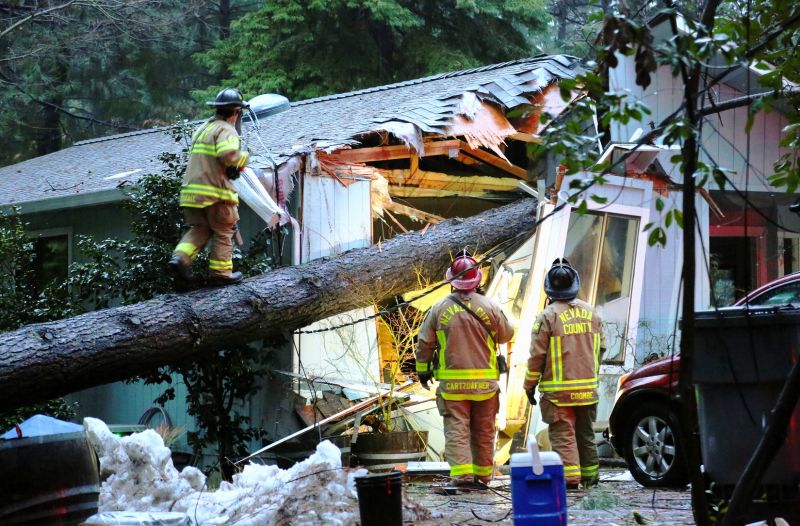 Nevada County and Nevada City firefighters work to assess a structure on Juniper Drive that sustained a tree fall, knocking out power and potentially causing a gas hazard in the process. (Photo:AP)

One big reason Keenan emphasised for the shift to take place in vulnerable areas is the issue of insurance. He says, “That should be very effective in driving people out. Even if they can rebuild, they’re going to risk being under-insured or not insured at all. And if you have a mortgage, you have to be insured.”  The risk is that if an insurance company denies home insurances on a way too risky neighbourhood, the whole community in the area will be in trouble.

The inter change between geography and economics can be gradually seen in the east of Los Angeles, due to the rise in the sea levels. A lot of people are shifting to more elevated areas, which are considered to be safer. Not only areas near the coastal region are facing issues but regions of Arizona are also witnessing people moving out due to issues of extreme heat.

Liz Koslov of Urban Planning and the Institute of the Environment and Sustainability at UCLA, told the Daily Beast that most people prefer to move short distances if they move due to climate change related issues as they would still like to be close to their social communities and work areas.

Koslov also emphasises that the government policy and city planners play a prominent role in this shift. They are the decision makers who decide which affected areas are to be saved and which are to be left out, which brings about a lot of difference. Koslov said, “Their actions in anticipation of climate impacts and in response to disasters have the potential to displace a lot of people or make places more habitable.”

Washington is one place which as per Keenan is a lost cause. “There’s no hope for Washington DC,” Keenan said. “It’s built on a swamp. It’s sinking rapidly, and sea level rise is coming in. People don’t generally talk about that but it literally is a swamp.” 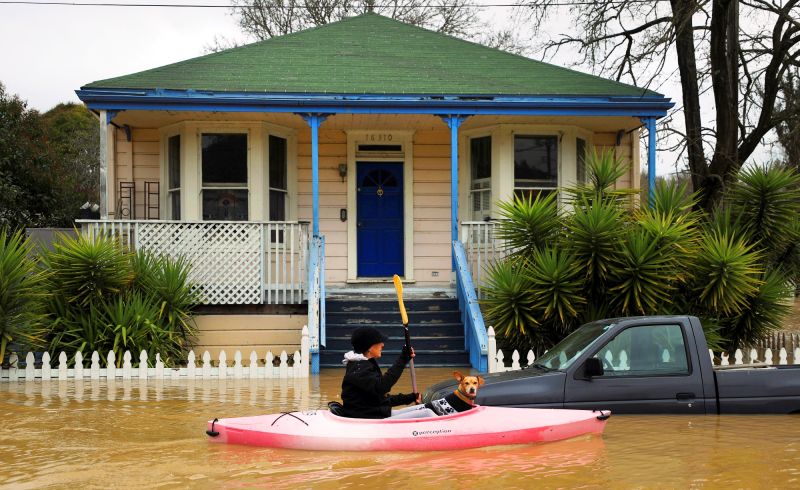 A woman with a dog sails a kayak on a flooded street in Guerneville, north of San Francisco. (Photo: AP)

Keenan also talks about the positives and negatives of the whole climate gentrification. He said, “Whenever you talk about the shifting of people in large numbers, there’s a sending zone and a receiving zone and that receiving zone is going to have to bear the negative consequences. There are also positive consequences to this, because when you bring people, you bring economies along with them and you also bring in both social and financial capital.”

Koslov highlights the complexity of the gentrification as the people from regions of extreme heat might try to escape and end up in flood prone areas. The ones moving away from the storms may find themselves in areas prone to forest fires.  Keenan predicted that Americans will move to the north, to cooler areas less prone to forest fires. “There’s no doubt that people will begin to move north,” Keenan said. “The question is: Where’s potable water? Where’s it safe? Where are there an economy and a culture you can tie into?” Keenan concluded.