Jimmy's classic line was Trump might run out of options if he contemplated a 4th bride since by then, the US would have no immigrants left. 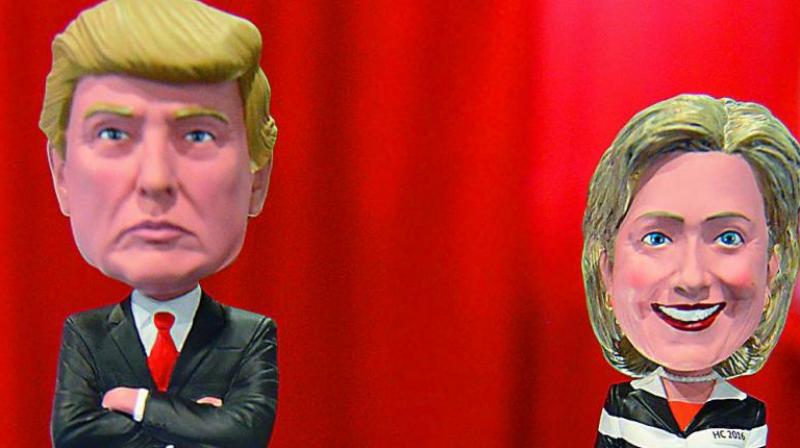 Hosting the Oscars could be easily defined as the most challenging task a man or woman can face. A worldwide television audience from 225 countries is stupendous by itself and to go out to them live adds to the enormity of the task ahead.

But this year, as celebrity late night show host Jimmy Kimmel prepares to host the event, there is also the added pressure of a Twitter-happy President who must be sharpening his knives to critique the show.

That’s because liberal Hollywood has taken his pants off in the figurative sense thus far. Wait, there is more. This is open ‘Trump’ season and the wickedest one-liners and the best put-downs can be expected to pepper the proceedings.

The Oscars ceremony is a gripping live show with the pace of a sporting event. In keeping with Hollywood culture of producing thrillers, the show has a rich tradition of slick presentation of the performing arts with the latest technology enhancing its appeal.

Of late, the Academy Awards have been overtaken by the diversity question. Art in any form reflects the society it springs from. The question of race and the lack of diversity in Hollywood must be addressed even if it doesn’t quite apply to the hosts since the Academy chose Whoopi Goldberg to anchor the awards night four times, starting with 1996 when she was the first black woman to host any major American show.

But the anticipation ahead of this Sunday night in Los Angeles is going to be for the ‘Bash the Donald’ show. There is no love lost between Trump and the performing arts’ liberals.

Meryl Streep set the ball rolling with her take down as soon as Trump occupied the office of the free world’s most powerful man. The Donald came off second best in the exchanges as all he could say was that he didn’t think Streep was all that great an actress. How would he know? A reality TV star shouldn’t be judging an individual with 20 Oscar nominations.

An eclectic roster has been setting the tone and tenor of the awards night as the host. Chris Rock became the most appropriate anchor last year when Hollywood roasted itself on its own lack of diversity.

Chris was brilliant in his monologues in taking down the cinematic stereotypes of Beverly Hills. But Kimmel too is an appropriate choice, for he has shown a talent to deadpan his way while roasting celebrities.

He had a go at both the candidates in the election season, but it did appear there was certain relish to be discerned whenever he roasted Trump on his show, having enormous fun at the new President’s immigration policies by reminding him how he had married three immigrants.

His classic line was Trump might run out of options if he contemplated a fourth bride since by then, the US would have no immigrants left. If Chris rocked last season by selling his daughter’s Girl Scout cookies (for a handsome $65,000 worth), Ellen Degeneres touched our hearts with that selfie in 2014.

What trick Jimmy will be up to is a mystery that will last a day longer but hopefully it won’t be as crass as Neil Patrick Harris running out in his underwear in 2015. Nor would Matt Damon jibes be appropriate given the jokey feud the pair has been running for a while now.

But, by his own admission, Jimmy loves controversy. “The Oscars are in great hands with Jimmy,” said Academy CEO Dawn Hudson. “He is razor sharp, funny, and unpredictable.”

So it is guaranteed Jimmy will make us laugh, but in these times will he make us think about the reality of the real world? Can’t wait to see the Twitter war explode soon as Trump lets his fingers do the talking in 140-character wisdom after Jimmy’s bout of humour. 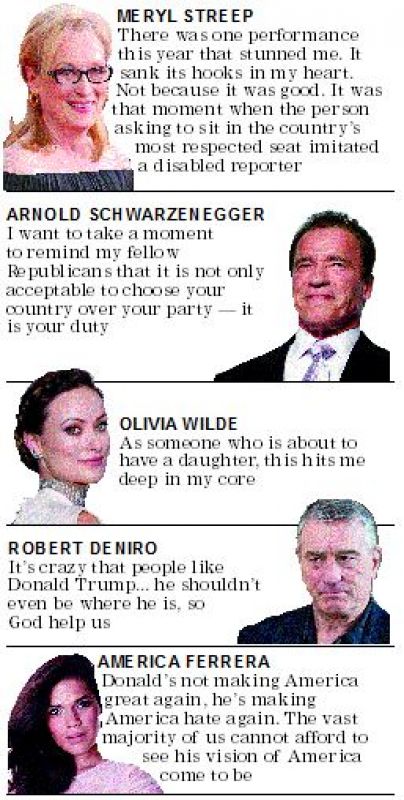 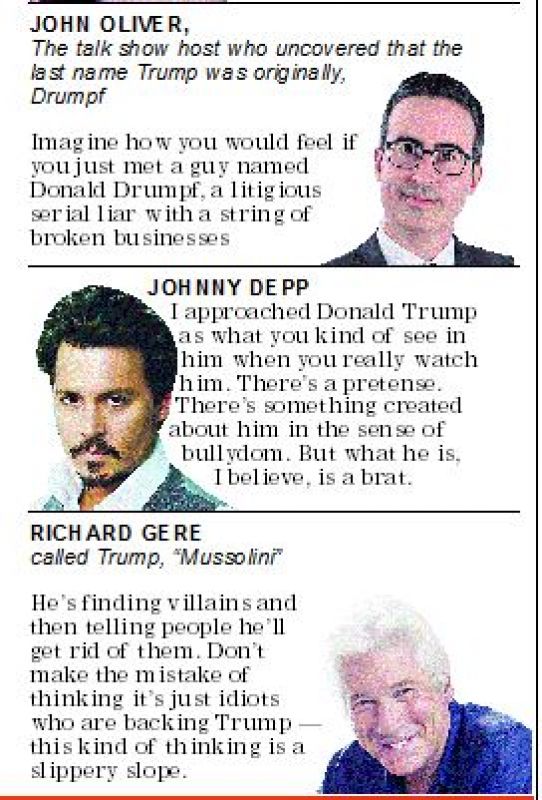