One pen to rule them all

An international fountain pen show that will be happening for the first time in India, will also pay tribute to Padma Shri Kaifi Azmi. 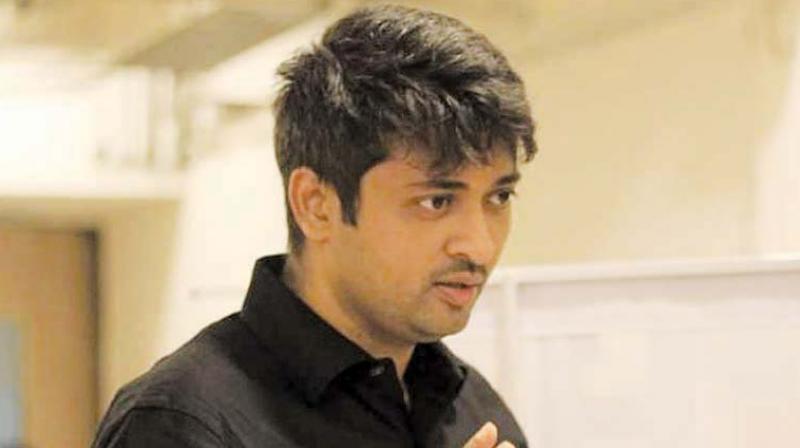 When author Edward Bulwer Lytton coined the metonymic adage, ‘The pen is mightier than a sword’ in 1839, he advocated communication as a more effective tool than direct violence. Pen collector Vishal Singhi might agree with Lytton in spirit, but only his version declares the glorious fountain pen, the mightiest of all. Inarguably, the fountain pen has been a mark of prestige for generations —  right from when a child graduates  to writing with a fountain from a pencil at school, to being wielded by men of power singing important  documents — the fountain pen always finds itself in places of importance. However, today, the once-honoured pen is conspicuously absent in usage with the coming of the digital era. With people mostly smashing at the keyboard during work hours or texting at lightning speed on their mobile phone keypads, the habit of using the pen is rapidly waning.  In order to save the fountain pen from becoming obsolete, Vishal has conceptualised The India Pen Show,  a first-of-its kind event dedicated to fountain pens. It will take place on February 2 and 3, at the Nehru Centre in Worli. Bringing together pen dealers, collectors, and aficionados from around the globe this show is also among the various events lined up to celebrate poet Kaifi Azmi’s birth centenary this year. With over 40 plus brands, both national and international, exhibiting their pens at the event, this place is truly a haven for fountain pen lovers.

The show is spread over two days and is divided into two halves: an exhibition cum sale, a tribute to Kaifi Azmi, followed by a slew of interesting activities involving fountain pens, explains Vishal. “The event will be inaugurated by Javed Akhtar and Shabana Azmi and there will be a one-hour tribute to Kaifi Azmi saab, an ardent fan of fountain pens, which will be hosted by Padma Shri Bhawana Somaaya. A hundred pens will be given out in Kaifi Azmi’s name to people who have been asscoiated with him,” he says.  Some of the recipients of the pen at the show would be Zakir Hussain, Shyam Benegal, Pritish Nandy and Mahesh Bhatt, among others.  “Post the tribute, the place will be turned into an activity and engagement centre. There will be calligraphy workshops, doodle workshops and a handwriting class by Mr. K C Janardhan,” informs the pen afficiando.

Apart from this, there will also be a letter-writing booth erected at the venue. Each letter will be posted to the recipient on behalf of the writer and every participant will have their name written by an expert calligrapher in artistic fonts.  In addition to this, on display will be over 175 ink colours, 40 different types of nibs and a guided tour on the different types of fountain pens, pens from different eras, metals and the materials they are made from, and an introduction to these pens, “every visitor who comes there will also get a free fountain pen. There will also be a nib grinding and tuning activity by a nib maester at the show,” informs Vishal.

Even though such shows happen all over the world, India has never witnessed something like this before, despite having a huge market for pens, “We wanted to go beyond just exhibition and sale and reinstate the habit of writing. In the age of digital media, the art of writing might eventually die,  so we want to encourage writing,” he avers. For this, the organisers have also tied up with a few schools and have given free fountain pens to students.

Among the many virtues of the fountain pen, Vishal reminds us that it is an extremely personal item. No two persons can use the same fountain pen. For the same reason international treaties and deals are all done with these pens, he explains, “the primary reason being you can’t forge signatures with a fountain pen. Because if you copy,  the ink flow will be so different that it becomes very easy to identify which is original and which is fake. So if you use a fountain pen the possibility of forgery is reduced drastically.” The fountain pen is also highly eco-friendly, he convicts, “I have not met anyone who’s thrown off a fountain pen.  It has a huge eco-friendly angle to it. Ball pens are a use-and-throw item, but fountain pens are forever.”