The Innovator’s Award was an arduous and well-deserving deal. 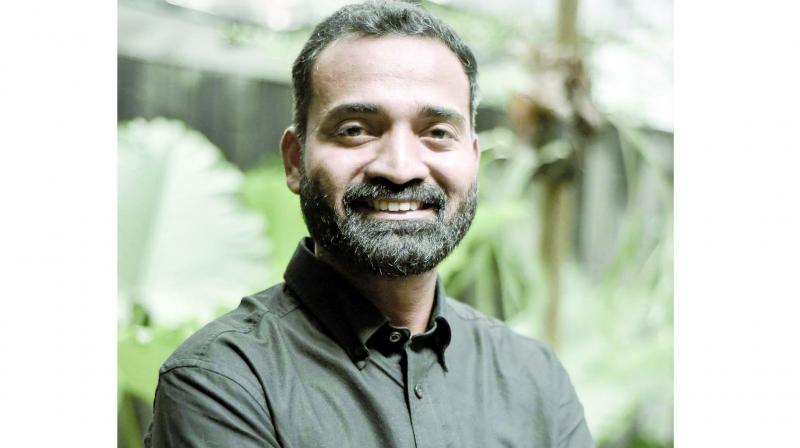 Simply put, Aquaconnect is best defined as a data-driven market place that helps farmers to improve their productivity while providing access to markets.

“Back in 2016, during one of my train journeys, I had a chance encounter with a farmer. The farmer told me about his passion for shrimp farming. Intrigued, I kept in touch with him with the intent of meeting him again, at this farm,” begins the IIT Kanpur alumnus. He further adds, “I later visited his farm and slowly understood the challenges involved in farming activities. Due to the lack of scientific understanding, there aren’t adequate technology tools available to manage their farms. One of my friends and I decided to help farmers to increase productivity through artificial intelligence and the rest, as they say, is history.”

Simply put, Aquaconnect is best defined as a data-driven market place that helps farmers to improve their productivity while providing access to markets. The Innovator’s Award was an arduous and well-deserving deal. “The whole process took about six months for us,” he said adding, “ There was this challenge which we stumbled upon on the internet. We went for three rounds of interviews. The challenge was about improving sustainability in the seafood sector. Our idea was considered unique and that got us to the final round.”

Speaking about the biggest takeaway from his start-up’s recent feat in Indonesia, he says, “It’s about time for services approached and take up high tech product approach. We were one among the top six start-ups so it felt great to be acknowledged, recognised and ultimately bring the award home at the innovative competition.”

Quite like most youngsters, Rajamanohar had zero clue about cracking the code in regards to starting up.”Before quitting my first job, I didn’t ever give entrepreneurship a thought. It’s serendipity, by chance. But one thing that made survive is the perseverance, and taking the right pivots during a downturn. This is my third venture, so I’d suggest people take it easy, be strong and focussed,” he enthuses. Asked about his word of advice for young entrepreneurs, Rajamanohar says, “Everyone wants to be an entrepreneur. Truth is, anyone can but you need to know that it requires a lot of groundwork and packaging your idea so that it might seem conceivable. Understand the market and price it accordingly so that it benefits and is feasible for the end-user. These are my two cents for anyone who’d want to start up.”

A self-proclaimed “regular” start-up guy, Rajamaohar says, “I’m a regular guy, I do play golf whenever time permits. I don’t really have much of social life as my work and life an entrepreneur pretty much takes up all my time. I’ve spent a major chunk of my time brushing up my knowledge, and went to Harvard and Oxford too, for doing other courses,” he avers. When prodded with what’s next, he concludes by stating, “We are now working on an artificial intelligence engine. It guides farmers on corrective actions. It hand holds the farmer like an advisor. We also harbor bigger ambitions.”