A new phenomenon called ‘dopamine fasting’ has people temporarily switch off from doing things that stimulate them. 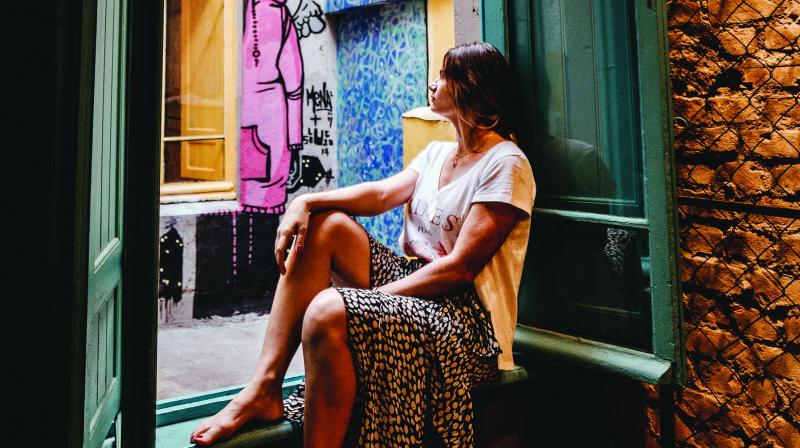 Malini Saba, a clinical psychologist, explains the psychological side of dopamine fasting.

Look, look, look! On your screen, a dog goes ‘woof! Woof!’ and a cat lets out an adorable ‘meow’ and all you want to say is, “Aww, so cute!” and “Who’s a good dog?” Well, hold it right there. The reason why you are doing this is because of a chemical in your brain called dopamine that works as both a hormone and a neurotransmitter. Technical language aside, when it is released, you feel motivated, happy and adrenaline-happy, all of which can even stretch to addiction and lust. Ouch!

Recently, what’s got everyone talking is the new kind of fasting in town — dopamine fasting — where you simply stop doing things that release dopamine (temporarily, thankfully). During this fasting, practitioners abstain from pleasurable activities and stimuli like food, sex, exercise, social media, talking, etc. While some stimulating activities are common for all, other things abstained  from vary from person to person. But the question is, why? Well, there’s a thing called getting too much of the good stuff, which can contribute to addiction.

Malini Saba, a clinical psychologist, explains the psychological side of dopamine fasting. Calling it a part of behavioural therapy, she explains, “This is a partly psychological method as it involves behavioural changes to reset the brain. Moreover, being able to hold back from compulsive behaviour is an exercise of the willpower and psychological control and gives us a boost. It has become a wellness trend driven by the will to get rid of problematic behaviour patterns.”

Saba is upbeat about this method of battling addiction, saying, “It is an effective way to give up on abusive use of drugs, addiction to alcohol, video games, social media, and other unhealthy addictions, by slowly getting used to abstaining from pleasures of all kinds.”

Writer Kuwar Singh, who often goes for a dopamine fast, did not initially know that there is even a word for it. He comments, “I often use darkness in a way where I keep the lights turned off and ensure the drapes are shut. I lie down and put a blindfold on my eyes, thus completely shutting off stimuli.”

For Singh, it works like a charm as he is able to switch off from the doldrums of daily life. “I feel comfortable and at peace, if I have done this. It is almost like a routine for me. You can feel your brain settling,” he says, adding that there may be a downside to all of this and it could be an over-reliance on the method.

Ambar Chakrabarti, a recent graduate, is not a fan of the technique. He adds, “But what people don’t realise is that they still need someone or something outside of themselves to make themselves feel good. With this technique, they simply suffer for a while to enjoy a moment.”

On a concluding note, Saba says that issues such as crime arise from an urge to seek pleasure of various kinds. A dopamine addiction, if one may call that, could encourage such behaviour. She suggests, “It is essential to curb the behaviour before it controls the person. Dopamine fasting can be used as testing of willpower and also as a method to start appreciating the joys of life.”