A confluence of diverse musical genres at a festival in Jaipur

Kailash Kher said that the venue was wonderful, and conducive to an atmosphere of music. 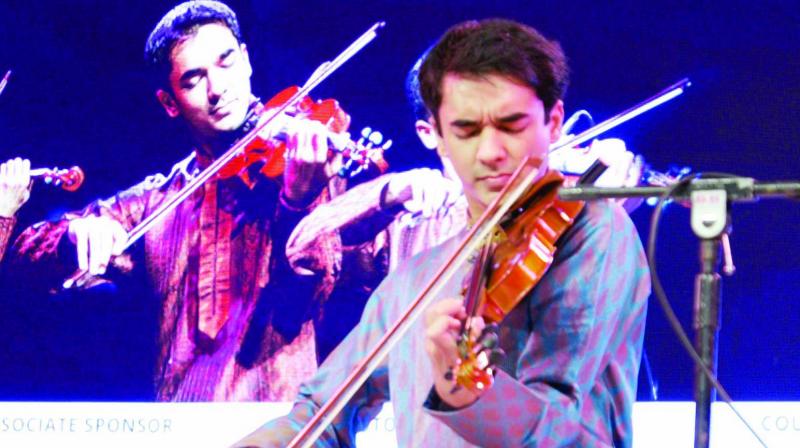 The MTV India Music Summit made a laudable attempt to isolate one from a humdrum existence by organising a two-day packed meet, devoted to all things musical, in an isolated venue in Jaipur. The music on offer included North Indian classical, Carnatic classical, folk, jazz, Western classical, pop, acapella and Bollywood. In addition to the music, there were interactions with artists, discussions on matters of music and screening of films on music. Activities started from 7 am and wound down after 2 am.

In the words of Begum Parveen Shujaat Khan, “It’s an immersive experience where you just focus on music, and interacting with musicians. Held in a hotel an hour away from the city of Jaipur, you are secluded and sheltered from any other distractions.” In its 2nd edition, the Summit had some repeat artists from the year before including Shujaat Khan, Ajay Prasanna, Punjabi pop singer Jasbir Jassi and Pt Channulal Mishra. Other classical artists included Aruna Sairam, Parveen Sultana, Shruti Sadolikar, Javed and Mazhar Khan, Suchismita and Debopriya, the flute sisters, NY based “Guitar” Prasanna and Ambi Subramaniam.

Kailash Kher said that the venue was wonderful, and conducive to an atmosphere of music. In the words of celebrated Carnatic singer Aruna Sairam, “In the years to come, I feel this will grow into the largest gathering of musicians.” Certainly, with over 140 artists, the sheer scope of the event is monumental.

The brainchild of three women — Mala Sekhri, Ambica Sahay and Aparna Joshi, the event is in its 2nd  edition. Aparna said, “You go to a lot of festivals, but our aim is to delve beneath what makes an artist, why does he performs the way he does. Also we don’t want to present music only through the prism of Bollywood.” Ambica said, “Our aim is to create ‘Kansens’ (good listeners). We have invited lots of students and teachers of music too.” Mala Sekhri was quite clear — “We are using the big names to bring in crowds, maybe in the years to come we won’t need to do that. Our aim is not to make money, even breaking even is a dream right now. The artists are so supportive. People must learn to buy tickets; I don’t mind if my audience is smaller than it could have been.” 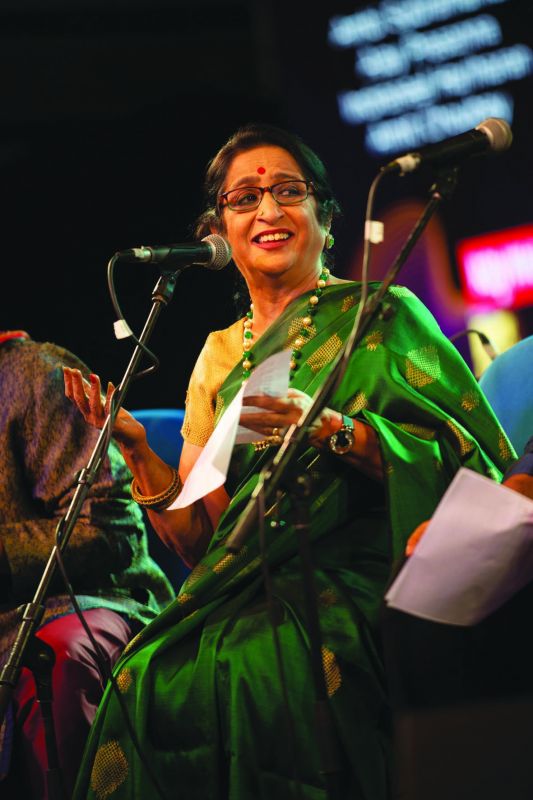 An interesting concert was by well known guitarist, “Guitar” Prasanna who had come from NY, who shared that he had been told to play what he wanted at the Summit; there were no strictures on genre. From a very young age he had played all types of music on his guitar, he said, so playing jazz was a natural progression for him when he moved to New York. His concert was an eclectic mix of Carnatic fusion, a piece composed by Muthuswamy Dikshitar for Navratri, and jazz; and also included a piece from his yet to be released album. Accompanying him was Mumbai-based tabla player Amit Choubey. The Ramkrishna sisters, aged 13 and 14, wowed the audience with their Western classical-based music; it was heartening to see them get a platform at this event.

Delhi-based Ajay Prasanna, whose flute concert at 7 am mesmerised the audience, had been part of the first festival as well, and felt that the unique aspect of this festival was the fact that “the audience were artists too”, and there was a “mela-like atmosphere”. He felt that this Summit would become a World festival soon. Carnatic violinist Ambi Subramaniam, based in Bangalore, who has been making waves internationally verbalised, “It’s great, personally speaking, as a musician to interact with so many great musicians and hear their points of view. The interaction is as interesting as the music, so there are big takeaways from this festival.” His traditional Carnatic concert was electric, given his immense dexterity and fluidity on the violin.

During the various interactions, an inescapable fact emerged that classical arts need patronage; they are not for the masses, so need to be supported to flourish and evolve. The government institutions are limited in their scope; the private sector needs to step in too. Creativity and passing on the tradition can only happen in an atmosphere of financial stability. The Corporate Social Responsibility Act, (CSR) was introduced in 2013, and came into effect in 2014, to ensure that companies over a certain size spend 2 per cent of their profits on CSR projects. Being worded loosely, it speaks of supporting “intangible heritage” which can cover buying paintings, looking after the Lal Qila, or supporting a gharana of music. More needed to be done to ensure productive spending to support the arts, felt Preeta Singh, media consultant; the super rich need to be educated to do this. Patronage of the arts should have a return, not necessarily monetary; she gave the example of Bade Ghulam Ali Khan who definitely was a good investment for whoever had promoted him when he was unknown. 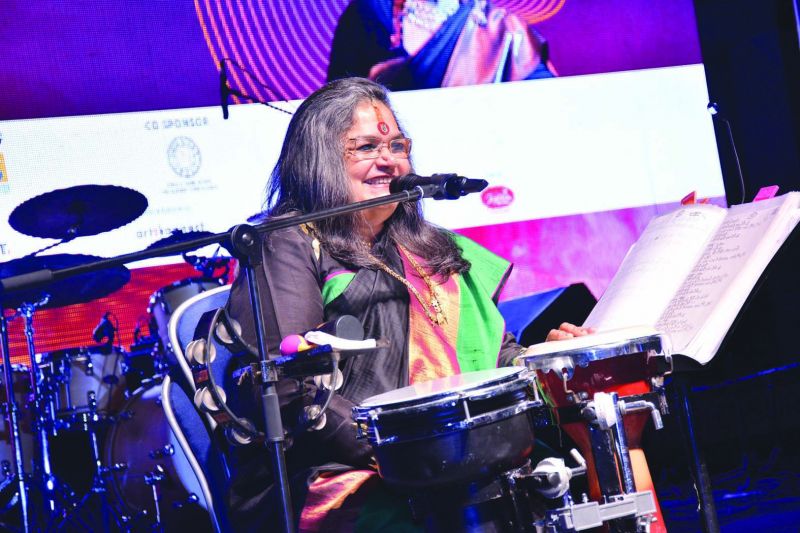 The various concerts included recreating the magic of the 1970s. “Trincas — The Nightclub” was an act by Usha Uthup, who interestingly revealed that she had even sang as a playback for male actor Mithun Chakravorty during her long and varied career.

The concert by Shankar Mahadevan was stupendous, as was Dr L. Subramaniam with his compositions for a Western symphony orchestra. There was jazz from New Orleans by Robin Barnes, classical North Indian by Shujaat Khan, Shruti Sadolikar, Parveen Sultana, and others, Carnatic classical by Aruna Sairam and Ambi Subramaniam, the Beatles Recreated, Punjabi wedding sings by Jassi jamming with the great “manganiyar” Ghazi Khan and much else. Indeed it was a jam-packed event; one could not possibly take in all on offer.

The avowed attempt of the organisers to also connect the younger generation with classical music seemed to have been only partially successful. The entry tickets were too unaffordable for the average student of music, plus the distance of the Summit from the city of Jaipur with the music sessions stretching well past midnight proved to be logistical hurdles.