Prince, 33, and his 36-year-old girlfriend are engaged, according to official statement. 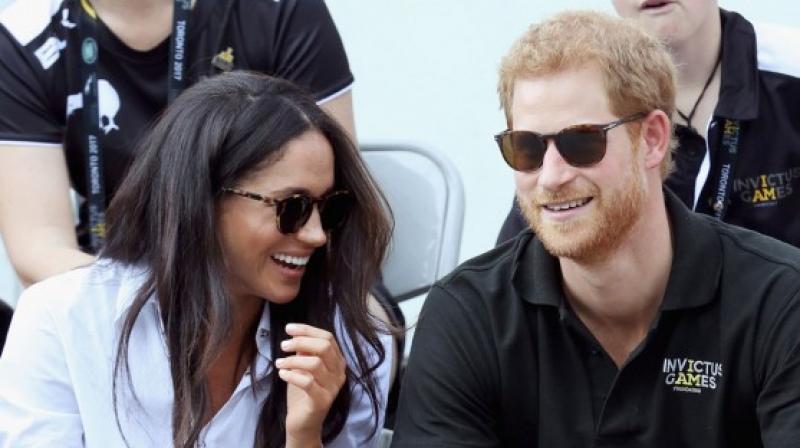 Official statement goes on to add that the wedding will take place in Spring 2018. (Photo: AFP)

All speculation has been put to rest. The younger Prince Harry is set to marry American actress Meghan Markle.

Clarence House released a statement saying that the Prince, 33, and his 36-year-old girlfriend are officially engaged.

In a statement, a spokesman said. "His Royal Highness, The Prince of Wales is delighted to announce the engagement of Prince Harry to Ms. Meghan Markle.”

The statement went on to add that the wedding will take place in Spring 2018.

The Prince of Wales is delighted to announce the engagement of Prince Harry to Ms. Meghan Markle. pic.twitter.com/zdaHR4mcY6

The statement also added that His Royal Highness and Ms Markle became engaged in London earlier this month.

“Prince Harry has informed Her Majesty The Queen and other close members of his family,” the statement read.

"Prince Harry has also sought and received the blessing of Ms. Markle's parents,” the statement read, going on to add, “The couple will live in Nottingham Cottage at Kensington Palace."

In a statement issued by Kensington Palace, Ms Markle's parents Thomas Markle and Doria Ragland said, "We are incredibly happy for Meghan and Harry. Our daughter has always been a kind and loving person.”

The Queen has given her blessing to the union, with Prince Harry at fifth-in-line to the throne obliged to ask her permission under the Succession to the Crown Act 2013.

Her engagement to Prince Harry has been hotly anticipated by Royal watchers, after the couple made their first public appearance together hand-in-hand at the Invictus Games.

Both were dressed casually in jeans, smiling and chatting as they arrived for a tennis match. Several days later, Harry was photographed kissing Markle on the cheek as he joined the actress and her mother in a luxury box to watch the event's closing ceremony.

Markle said she met Harry through friends in London in July 2016, and that they had been dating quietly for several months before the romance hit the headlines.

The media attention then became so intense that Harry took the unusual step of officially confirming the romance in order to warn the media off. In a strongly worded statement issued through the palace, the prince pleaded for reporters to stop intruding on his girlfriend's privacy. He condemned "outright sexism and racism" in some online comments, and said some articles with "racial undertones" had crossed the line.

Some tabloids had alluded to Markle's mixed-race heritage, pointing out she has an African-American mother and a white father.

In some ways, Markle - a mixed-race American raised in California, an outspoken full-time actress, and a divorcee - makes a surprising addition to Britain's monarchy.

Ms Markle has been wed once before, marrying film producer Trevor Engelson in Jamaica in 2011, but splitting after just two years.

However, it wouldn't be first time that a British royal has married an American - or a divorcee. In 1936, Edward VIII famously abdicated after he was forced to choose between the monarchy and his relationship with twice-divorced American socialite Wallis Simpson.