Horror as Norway freight trains mow down over 100 reindeer

More than 2,000 reindeer were mowed down along the same northern railway line between 2013 and 2016. 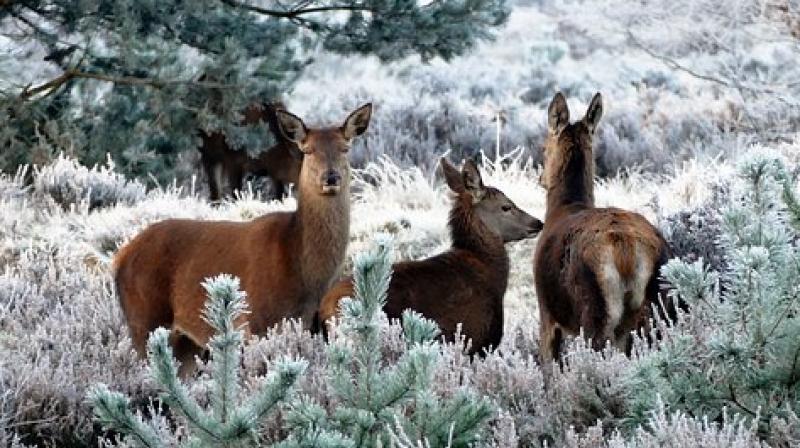 One train killed 65 deer on a track on Saturday (Nov 25) while 41 died between Wednesday and Friday. (Photo: Pixabay)

More than 100 reindeer have been mowed down by freight trains in northern Norway in recent days in what has been called a "bloodbath" during their winter migration, said the nation's public broadcaster.

One train killed 65 deer on a track on Saturday (Nov 25) while 41 died between Wednesday and Friday, NRK reported late Sunday.

"It's a senseless animal tragedy ... a psychological nightmare," he added.

Norway is home to around 250,000 semi-domestic reindeer and most of them live in the nation's far north.

At this time of the year, herders take the reindeer to the winter pastures in search for grazing grounds, a perilous journey as many animals are hit by cars and trains. Some also drown.
Advertisement

Photos taken by documentary filmmaker Jon Erling Utsi showed dead reindeer lying in the blood-stained snow. Some were shot because they were wounded after Saturday's incident. "It was a nightmare to watch," he told NRK.

"The worst thing was the animals that were not killed in the accident, they were lying there, suffering, it was a bloodbath over several kilometres," he added.

More than 2,000 reindeer were mowed down along the same northern railway line between 2013 and 2016.

The herders are demanding the railway operator install a fence along the track but there has been no funding for it yet.