As soon as the man grabs the woman from behind and makes a move for her bag, the canine comes to the rescue and bites him. 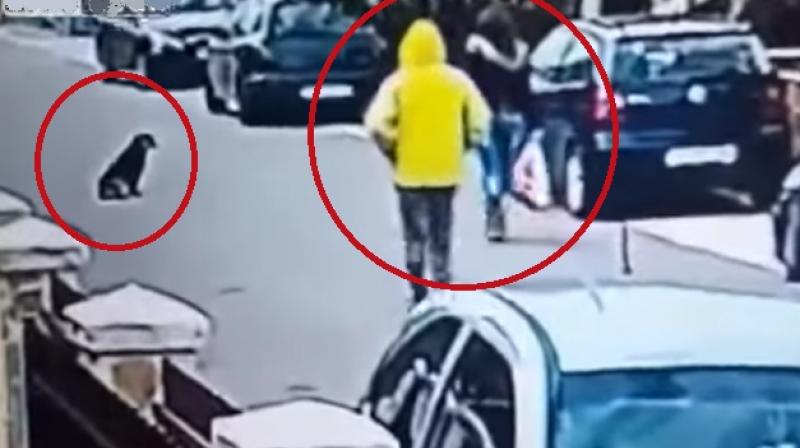 The robber abandoned his plan and was chased away (Photo: YouTube)

Dogs are widely considered to be the best choice when it comes to choosing a companion for their loyalty and courage. There are several examples of canines proving why they are called man’s best friend in real life as well as popular culture.

A video doing the rounds on Facebook shows why dogs are known to be pets we can always count on. The viral footage is that of a brave dog saving a woman from being robbed by a thug in the street.

The man in a hoodie can be seen following a woman as the dog watches him in the video filmed in Montenegro. As soon as the man grabs the woman from behind and makes a move for her handbag, the dog comes to the rescue and bites the man on the back and legs.

The robber soon realises his mistake and decides to abandon the plan as he is chased away by the dog.