Dogs did not suffer from a buildup of electrolytes from the drink, researchers said. 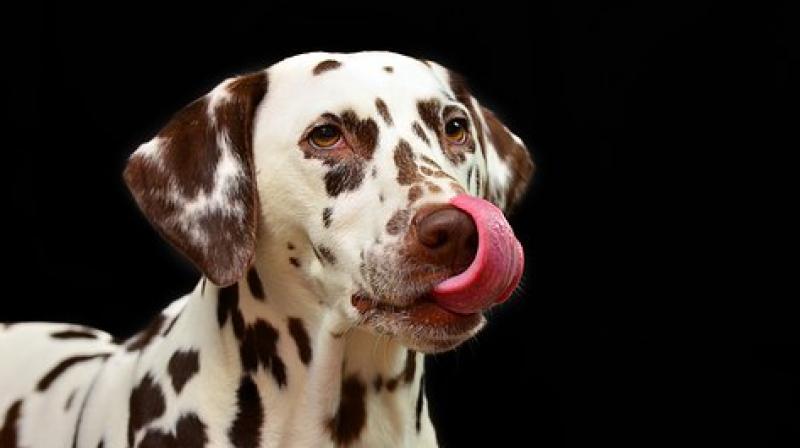 Dogs did not suffer from a buildup of electrolytes from the drink, researchers said. (Photo: Pixabay)

Scientists have developed a new chicken-flavoured energy drink for canines that can safely hydrate working sniffer dogs who are at risk of heat stroke in hot weather.

Dogs did not suffer from a buildup of electrolytes from the drink, researchers said.

The findings, published in the journal Frontiers in Veterinary Science, suggests that electrolyte drinks are a safe hydration alternative to plain water or injected electrolytes for sniffer dogs.

A previous study had reported that dogs who were offered a non-flavoured electrolyte drink, drank very little of it.

The chicken flavouring may have been key, making the dogs think they were having a tasty treat, researchers said.

“People use different techniques to hydrate working dogs,” said Cynthia Otto of the University of Pennsylvania in the US.

“Dog handlers disagree about the most effective method, and since there was no data on the safety or effectiveness of each technique, we wanted to provide some clarity,” said Otto.

Working dogs, such as search and rescue dogs or police dogs, are crucial assistants when authorities respond to disasters or check for contraband at border crossings.

These dogs often work in challenging environments, and can sometimes exert themselves to the point of exhaustion and heat stroke.

In fact, hot weather can be dangerous for working dogs, as dogs do not sweat much and rely on panting to cool themselves, meaning they can overheat easily.

The risk of heat stroke increases with dehydration, so one effective way to help working dogs stay safe is to keep them hydrated.

However, there are different ways to do this. The classic hydration technique is to provide free access to plain drinking water.

A second technique involves delivering water and electrolytes through a needle under the skin, which is known as subcutaneous hydration.

Drinks containing electrolytes, such as sodium and potassium, are a third option, but these are controversial.

Such drinks make sense as a rehydration aid for humans, as we lose electrolytes when we sweat. However dogs sweat very little, leading critics to say that the drinks could cause an unhealthy buildup of electrolytes in dogs.

The research team investigated these three common hydration strategies in a group of sniffer dogs who inspect vehicles at the Texas border, during the hot summer months. The team took a variety of measurements for each dog, including their hydration levels, fluid intake and work performance.

All three hydration strategies appear to be effective, and the dogs showed similar behaviour, body temperature, and work performance regardless of the way they were hydrated.

“In this controlled setting, all the hydration techniques were safe and effective,” said Otto.

These dogs did not suffer from a buildup of sodium, a component of electrolyte drinks that could have negative effects in the body in large quantities.