Black bears back in eastern Nevada after 80-year absence

A new study says genetic testing confirms the bears are making their way east from the Sierra ranges. 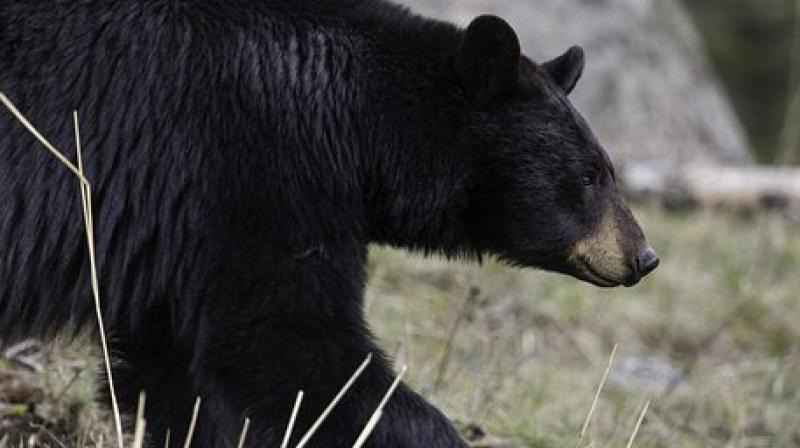 The species disappeared about 80 years ago, scientists say. (Photo: Pixabay)

More than 500 black bears have returned to parts of their historic range in the Great Basin of Nevada where the species disappeared about 80 years ago, scientists say.

A new study says genetic testing confirms the bears are making their way east from the Sierra ranges north and south of Lake Tahoe along the California line.

In some cases, recent generations have moved hundreds of miles to sites near the Utah line, marking a rare example of large mammals recolonizing areas where they'd been wiped out.

"The recovery of large carnivores is relatively rare globally," said Jon Beckmann, a conservation scientist for the Wildlife Conservation Society in Bozeman, Montana, who co-authored the new study.

It concludes that bear populations originating in western Nevada mountain ranges have the genetic diversity necessary to sustain the new subpopulations.

The findings are the result of a partnership between wildlife management and geneticists based on bear hair and blood samples taken over 20 years, said Jason Malaney, an environmental scientist at the University of Nevada, Reno, who led the study.

He wrote that the study represents "one of the few empirical examples of genetic consequences of natural recolonization in large-bodied mammals."

The data provides ammunition for advocates of increased protection of wildlife corridors for a number of species in the basin — a vast stretch of desert and mountain ranges that covers most of Nevada, half of Utah and parts of Idaho, Wyoming, Oregon and California.

The study says the results are timely and relevant because of projected climate change and the effects of human population growth.

"As the human footprint expands over time in the region, this level of genetic connection among various mountain ranges may not last without conservation efforts to maintain connectivity," it says.

Black bears were prevalent across most of Nevada during the 1800s but had been devastated in the Great Basin by the early 1900s, primarily due to unregulated hunting, conflicts with livestock ranchers, logging and overgrazing.

Over time, bears have benefited from a reduction in logging, combined with improved land management practices and an emphasis on conservation, the study said.

"While barriers such as highways often reduce gene flow in other large-bodied mammals, black bears in the western Great Basin appear to occasionally traverse these obstacles," the report said.

Beckmann said the bears have moved into central Nevada around Tonopah and Austin.

"We're starting to see them clear over in places like Ely" near U.S. Highway 50 about 40 miles from the Utah line, he added.

Future steps to help the bears could include construction of wildlife-crossing structures at highways.

"They're expensive, but within a decade or two they pay for themselves in terms of both wildlife connectivity and public safety," Beckmann said.

A series of tunnels and bridges have been built in eastern Nevada on U.S. Highway 93 north of Wells, and there's a large passage over Interstate 80 west of Wendover, Utah.

Wyoming has them and one is planned in southeast Idaho. Grizzly bears use them at Banff National Park in the Canadian Rockies.

"It may take several years but once they are comfortable with them, they're used regularly," said Beckmann, who has authored a book on the topic.