Katrina Kaif is the latest desi star to launch her own make-up line. 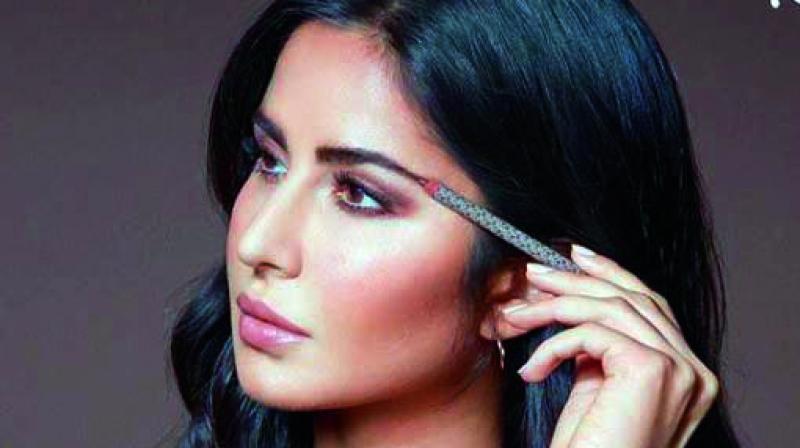 Katrina Kaif, recently introduced her own makeup brand, Kay by Katrina along with Nykaa beauty, making her the first Bollywood superstar to launch her own cosmetics product line.

If you’re a successful star, or one that has touched the magic figure of followers on Instagram, the next logical step in your career would be launching your own product line — either fashion or cosmetics. Encashing on star power has taken the celebrity world by storm, with many building their own brands, especially pertaining to cosmetics.

Hollywood, which always seems to be ahead of the curve, has already set the bar quite high, with billionaire makeup mogul Kylie Jenner launching her own cosmetics line in 2015 called Kylie Lip Kits, which was renamed to Kylie Cosmetics the following year after the release of the liquid lipstick and lip liner set.

Similarly, in 2017, the iconic pop star and Umbrella songstress Rihanna launched her beauty line, Fenty Beauty which has been developed along with the LVMH group. The USP of the brand is that it is super-inclusive to all types of skin tones and genders.

Within the first month of Rihanna launching her product line, she recorded media value of $72 million, which put her ahead of competitors like Kylie Cosmetics, Benefit and Urban Decay. The brand also received a massive 132 million views on YouTube.

Kim Kardashian West also launched her makeup line, KKW after she established a new makeup technique called contouring, which she thought was only fair to help her ‘followers’ attain her signature look for themselves. Her contouring makeup kit became her first foray into the world of selling beauty products. Interestingly, in the early stages of KKW, the primary focus was on lips but pretty soon, the businesswoman added makeup for face and eyes to her quality products. Kim K even went a notch higher by adding fragrances to her list of available products.

With so much happening outside, can our desi ladies be far behind?

One of the highest paid actors in Bollywood, Katrina Kaif, recently introduced her own makeup brand, Kay by Katrina along with Nykaa beauty, making her the first Bollywood superstar to launch her own cosmetics product line. Kay Beauty boasts of 48 long lasting and high performance products including 3 kajal ranges and eyebrow products.

Interestingly, Kat collaborated with South Indian superstar Nayanthara for a photo shoot for the beauty line which looked like a straight up imitation of KKW’s (Kim Kardashian West) campaign with Canadian superstar model Winnie Harlow. It didn’t go unnoticed by online watchdog Diet Sabya, and the photo shoot was called out for the same. But many Bollywood celebrities came out in support.

This August, fashion designer Masaba Gupta launched a makeup line in collaboration with Nykaa. The products are packaged in eco friendly cardboard with her signature prints, while the lipstick and nail varnish shades cater to the Indian skin tones.

Looks like cosmetics is the new business module for all our Bolly stars to venture into.