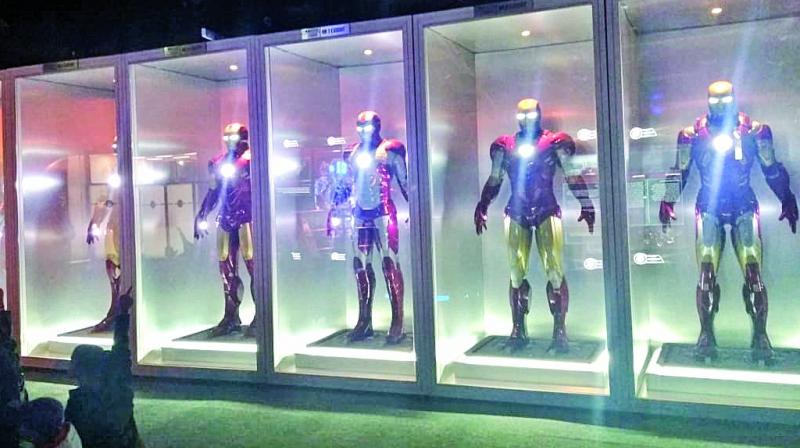 Few of the Iron Man suit on display

To all the Avengers fanatics whoever desired to see Tony Stark’s gold and titanium suit up close, or dreamt of lifting Thor’s hammer — now is your chance. For the first time in India, the Marvel Avengers S.T.A.T.I.O.N brings under one roof the Avenger costumes, props and gadgets for the fandom.

The S.T.A.T.I.O.N (Scientific Training And Tactical Intelligence Operative Network) is a superhero interactive exhibition that superficially functions as a recruitment centre for Avengers. However, at the crux of it, the aim is to educate and disseminating information about the superheroes. 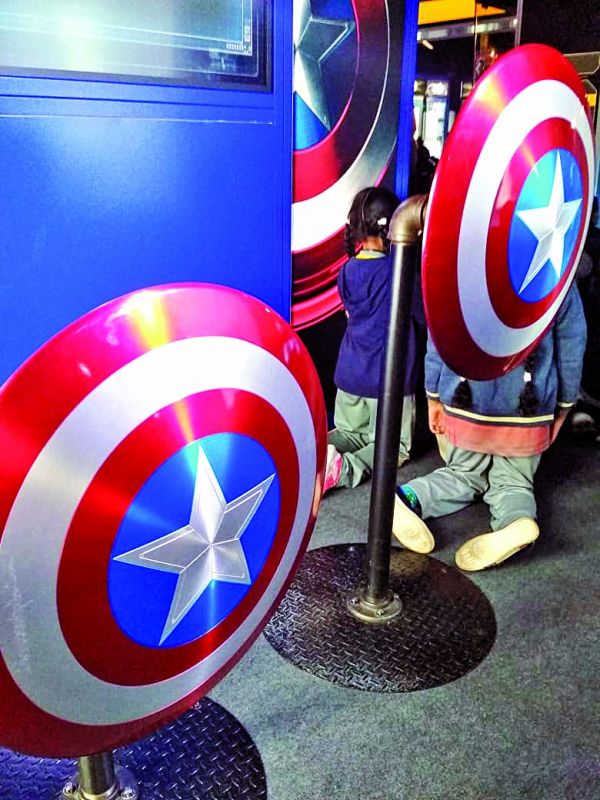 The interactive exhibition begins with a virtual briefing session by Commander Maria Hill – a fictional character as the former Director of S.H.I.E.L.D – on the origin of the S.T.A.T.I.O.N. Leading you to the Hall of Armour, showcasing nine out of the 85 Iron Man suits on display. The highlight of the collection is the Mark XLIV suit, and a game that lets you wear the suit and fight the bad guys.

The Hulk bay has his hand replicas and the entire history of how HULK came to be. It even has a small laboratory with his blood sample on display, explaining why the superhero is green.

The exhibition curated around the concept of S.T.E.M (Science, Technology, Engineering, and Mathematics) with NASA has a multi-room interactive display and educational attraction featuring a range of Avengers facets like costumes, equipment, props, special effects, classified research, games, virtual reality and chemical experiences, all to take the fans into the back-story of each superhero and villain.

Ten-year-old Nima Nandolia of S.M. Shetty High School & Junior College just couldn’t contain her excitement around the Captain America display, that has his shining shield. “I love Captain America because he is the first Avenger. I could finally see his shield and even touch it. They also have his suit on display, but that is behind the glass door. The best part is the information about Captain America. Since my friend didn’t know much about him, all the info displayed helped us,” smiles Nima. On display are the personal files and the technology explaining what made Steve Rogers into Captain America.

The game desks and information on every hero is highly comprehensive and acts as an educational attraction for teachers and students. As explains teacher Romana Poojary, “This is totally for children, they have enjoyed themselves and are bursting with so much energy. While it shows them the props and costumes, they are also being given in-depth information on each character. Many children have watched the movies but now they know the history of each hero. Why is Hulk green, or how many suits does Iron Man have?”.

The exhibition that has been brought to Mumbai by BookMyShow after successful runs in New York, Seoul, Paris, Singapore, Beijing, Taipei, London, and Las Vegas will move to Bengaluru after November 17. 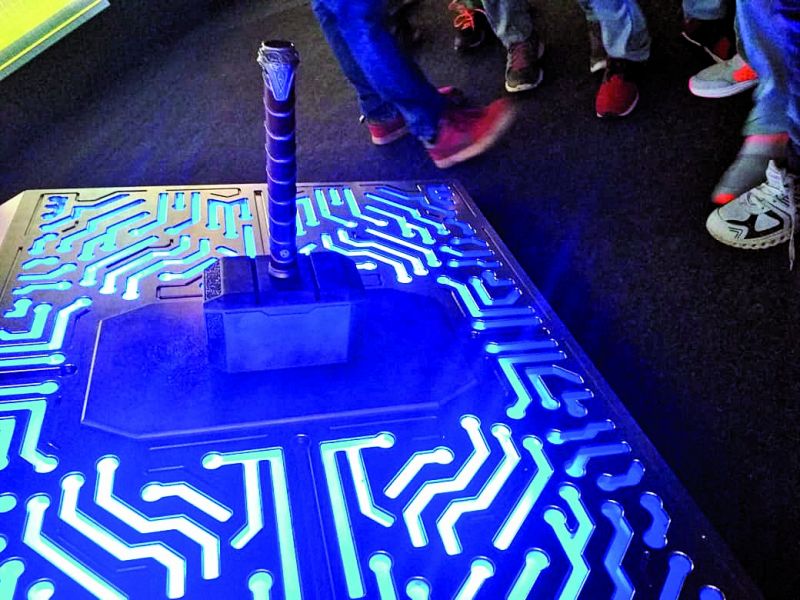 For advertising professional Nitesh, the entire idea of even touching Thor’s hammer is a dream-come-true. “This is so cool. Not just Mr Stark but Thor’s hammer, his armour, and even Loki’s Scepter is here. It so feels that at any given point of time all the superheroes will get into their suit and save the world,” says Nitesh while analysing the Thor Observatory.

But at any given point in time, you sense a dull moment wanting to witness some action. Go ahead and activate the Tesseract for some lighting fun.
—Ongoing till November 17, At Phoenix Mall, Lower Parel