Women sportspersons under the microscope 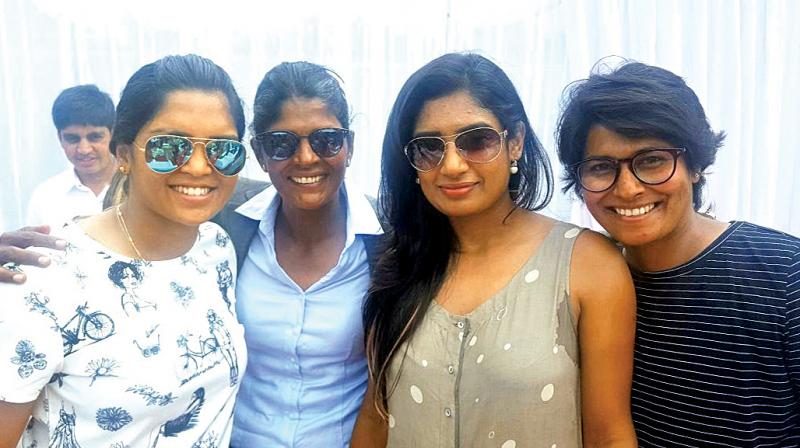 A picture of Indian women’s cricket team captain, Mithali Raj went viral. It showed sweat patches under her arms and Twitter trolls had a field day with it.

Recently, a picture of Indian women’s cricket team captain, Mithali Raj went viral. It showed sweat patches under her arms and Twitter trolls had a field day with it. However, Mithali shot back and said that she was in her position today because she sweated it out on the field. Her treatment — despite the laurels she won in the recently concluded World Cup — raises questions about how female athletes are treated in India.

We speak to female sportspersons about how they’re treated and perceived differently from their male counterparts. Be it looks or performance on field, we ask female athletes if they feel that the bar is different for them and for the men.

‘Women have double the pressure’
Bani Yadav, India’s fastest female rally driver
I stand completely with Mithali on this. The benchmarks are very different for men and women in sports. Women are perceived as mere showpieces. While there is a certain defined set of expectations from them when it comes to performances on the field, outside it, there are rules to be followed in terms of how they should dress or talk. People fail to understand that a woman has double the pressure to prove herself and to show that she means business, if she has chosen to be a sportswoman. Nobody sees the fight she has to go through every day whether social, emotional or physical... just to be out there.

‘Difference exists from basic level’
Jeena P.S., India Basketball Player
It’s not just in sports; gender disparity exists in every other area. The thing is that people out there are not aware of the situation, or the media is not exposing the differentiation. In sports, we can spot that difference from the basic level. Be it the accommodation or cash prize, men’s team are offered better than women. Talent is not the criterion here. Even if a female team performs equivalent to their male counterpart, they won’t get equal treatment, even from the public. Take the case of Mithali. If a male athlete posted the photo, nobody would have passed such a comment. We hope things would change in the future. There will be a day when achievements will count.

‘Attitude of people needs to change’
Sharadha Narayanan, Athlete
I think it is silly that a woman is being shamed on the basis of how she presents herself. No one can be a star without sweating it out on the ground. Mithali is playing for the country, not for herself. The audience can criticise her skills on the ground, or clap for her strike rate. But judgments based on what she had worn are bad. This happens to most sportswomen. If men pose with a sweaty look, it is cool but for women it is gross. The attitude of the people needs to change. Women face a lot of challenges in the society. There is a lot of pressure, of leaving their homes and families. They need to be respected for what they have achieved and sportswomen will go a long way with the encouragement of their fans.

‘Women face more criticism, less appreciation’
Karen Pais, Mumbai footballer
People look at women in fields like cricket, hockey or football in a different light than they do men. Despite the fact that there are more and more women in these sports now, the games still remain largely male dominated. So, women tend to face more criticism and get less appreciation for the game they play. People still have a mentality that women should be sitting at home and shouldn’t be on the field. Even though a number of women have made their mark in sports, people are still not used to watching them on the field. The exposure is also not as much for women’s sports as for men’s, especially for the women’s cricket team. I think that also factors in as a reason for the stagnant mentality of the masses when it comes to women in sports.

‘Request the country to treat mithali with respect’
Akshatha VR, International Muay Thai fighter
First of all, I would like to appreciate the active participation of women in various sports after all the odds they go through. Men, from a younger age, have been provided with guidance and coaching at every level of their sports, whereas women have been neglected for variety of reasons in India. When brave women like Mithali Raj shed their blood and sweat for their country’s pride, I request our countrymen to treat her with all the respect she deserves.