Eye on the tiger

An exhibition in the city draws attention to the 'save the tiger' initiative through photographs, paintings and picturesque tiger masks. 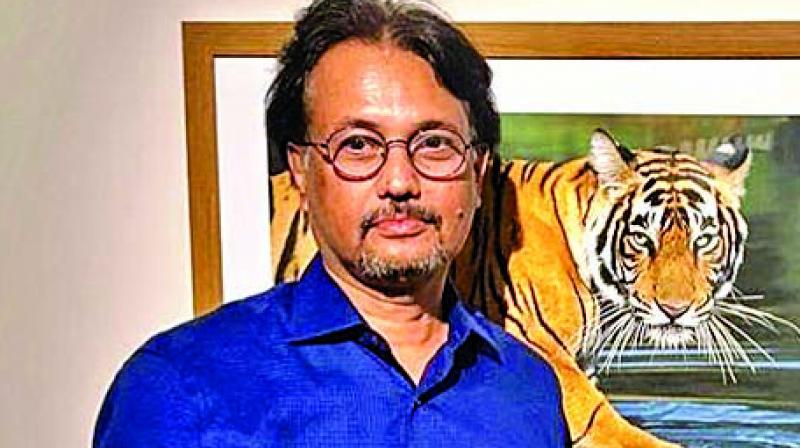 Even as we’re days away from celebrating International Tiger Day, news of an adult tigress being brutally beaten up in the Pilibhit Tiger Reserve in Uttar Pradesh is doing the rounds. Tigers around the world succumb to such man-animal conflicts, resulting in the drastic dwindling of their numbers. Concentrated efforts need to be put in for their conservation, and creating awareness about the threat faced by tigers is a good place to start. The exhibition ‘Save the Tiger’, curated by gallerist Kalpana Shah and artist Fawad Tamkanat, takes a leap in this direction.

But the exhibition doesn’t overwhelm you with written details about the tiger. Instead, it gently nudges you in the direction of discovery by presenting artworks that draw out the beauty, charisma and power of this regal beast. And that’s why, on stepping into the gallery, one feels like one has stepped onto a patch of wilderness overrun by the big cat. Wall after wall is covered with photographs and paintings that capture the tiger mid-move and mid-mood. In the photographs of Raj Salgaokar, Isheta Salgaokar, Rajesh Khanna and Urvi Piramal, we see the tiger in its natural habitat, engaged in mundane pursuit like bathing, dozing in a verdant patch, playing with siblings or even sitting stalk still, gazing into the camera. A similar candidness is captured in the paintings of Sushma Jain. 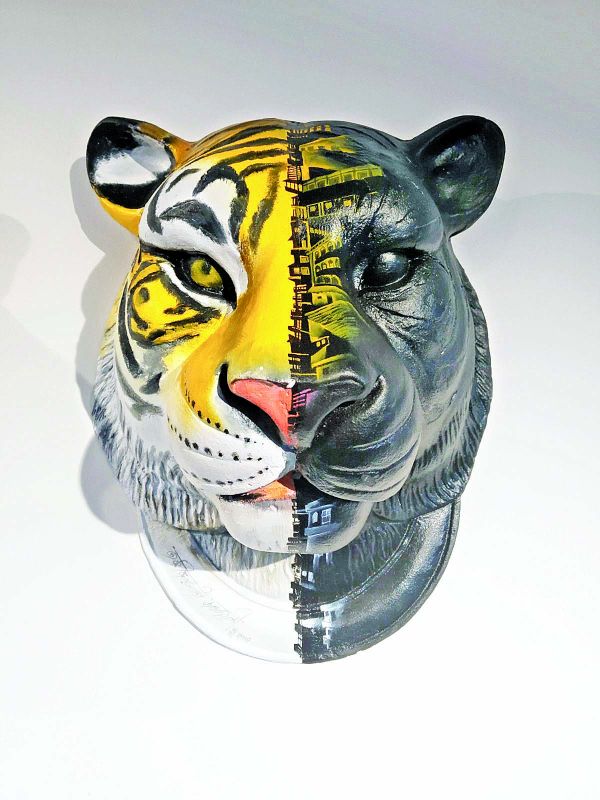 Another striking feature about the exhibition is the 80 plus colourful tiger masks decorating three of the gallery's walls. This display is the brainchild of artist Fawad Tamkanat, who brought together over 80 artists in a tiger mask painting project. It all started off a little over two years ago, when Fawad, who is a lover of cats and confesses to having over 20 at a time at his home, decided that he wanted to do something for tigers. “I love cats and tigers, but I can’t keep tigers at home,” jokes the artist, and adds, “But I wish I could. The tiger belongs to the cat family and the two have similar characteristics; both are very beautiful. This inspired me to do something for the tiger.” He kick-started the project by drawing a tiger mask, which he then got a sculptor in Kolkata to make. 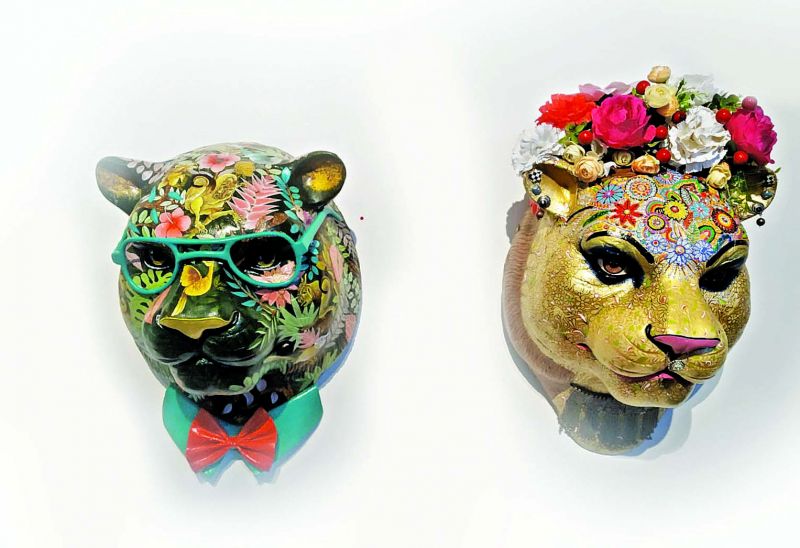 “I asked him to make more than 100 masks in two different sizes and two different shapes. Then, I started sending them to artists I like personally like, no matter how established or young they were in the art world. If the artist loved animals and was interested in the concept, I included them. I don’t believe in signatures and the price of the work, because it’s the concept that matters here,” says Fawad. He then personally delivered the masks to the artists’ studios and conducted discussions via telephone and in person to explain the concept. “I asked them to paint the mask the way they paint their canvasses,” shares Fawad.

The result of this endeavour is 80 plus masks covered in the most gorgeous designs and colours, with no two masks being alike. If one tiger mask boasts exquisite floral designs reminiscent of Japanese art, another is covered in mythological characters, while yet another captures the man vs. nature conflict raging in urban cities. One standout mask was covered in embroidery rather than paint; another sported a pair of painted sunglasses while yet another was submerged in geometric patterns. “Since the artists worked individually, and weren’t allowed to see each other’s work, every mask boasts a unique design,” explains the artist. Talking about the design he chose for the mask he was painting, he reveals that it has been inspired by Urdu calligraphy.

“I learnt Urdu calligraphy when I was very young, and if you see, right from the early ages, Arabic calligraphy was used to depict animal forms, especially lions and tigers. Also, I’ve related the Urdu script to the tiger because both are fast decaying in India. There’s a very big threat to the language, as there is to the tiger,” he reasons.

While this is his exhibition’s second preview, the first being held in Hyderabad a few months ago, the artist hopes to take his painted tiger mask exhibition across India and even to countries abroad, so that everyone can engage with the art and the concept behind it “The exhibition will go to Singapore next, and I’ll be including 15 Singaporean artists, just as I had included 15 artists from Mumbai for this exhibition. The goal is to keep expanding and getting more artists on board,” reveals Fawad.