Man on a mission

In the absence of such an effort, the architect believes that we will not leave behind buildings of much significance for our future generations. 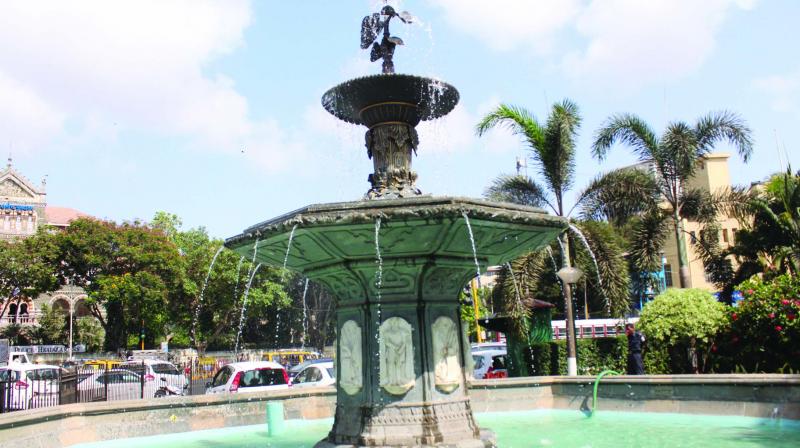 Veteran conservation architect, Vikas Dilawari chats about his restoration projects and the importance of conserving our architectural heritage for future generations.

Vikas Dilawari can claim to know the city like the back of his hand after spending over 30 years conserving several of Mumbai’s iconic heritage landmarks, such as Chhatrapati Shivaji Maharaj Terminus, the University Library Building and Rajabai Tower, Esplanade House, Christ Church, the Royal Bombay Yacht Club, to name a few. His oeuvre of conservation work has been recognised with 16 UNESCO Asia-Pacific Awards for Cultural Heritage Conservation, while he also finds his name in Architectural Digest India’s AD100 2019 list that features the most influential architects and interior designers in the subcontinent. But a steady flow of exciting projects continue to keep Vikas occupied, as among his latest is restoring the erstwhile Prince of Wales Museum of Western India, known today as Chhatrapati Shivaji Maharaj Vastu Sangrahalaya, which opened to the public a little short of a hundred years ago, on January 10, 1922. “I have been appointed and the tenders are going to be floated. We’ll be working on the external and internal façade of the main building,” he discloses.

The architect is also set to give a talk on the Historic Preservation & Restoration – Fountains of South Mumbai today, hosted by the Asia Society India Centre, during which, he will throw light on the work that went into preserving three of Mumbai’s grandest and oldest fountains — Ruttonsee Mulji Jetha Fountain, the Wellington Fountain, and Flora Fountain. Though the three fountains boast unique architectural styles, the first being a fine example of Indo-Saracenic brilliance, the second, a Neo-Classical wonder and the third, a living testimony of the extravagance of Gothic Revival architecture, Vikas highlights how all three are linked by their functionality. “All these fountains came up in public squares after a method to carry water from lakes to these fountains was devised. So, these fountains were visually appealing, aesthetic landmarks, but they also served the needs of the people. The Wellington Fountain had four troughs, from which animals could drink. The Muljee Jetha Fountain was located in the native quarter and was constructed to create better drinking water facilities for people, as they used to drink water from wells before, while the Flora Fountain was an ornamental fountain that was meant to be the symbol of the city,” shares Vikas. 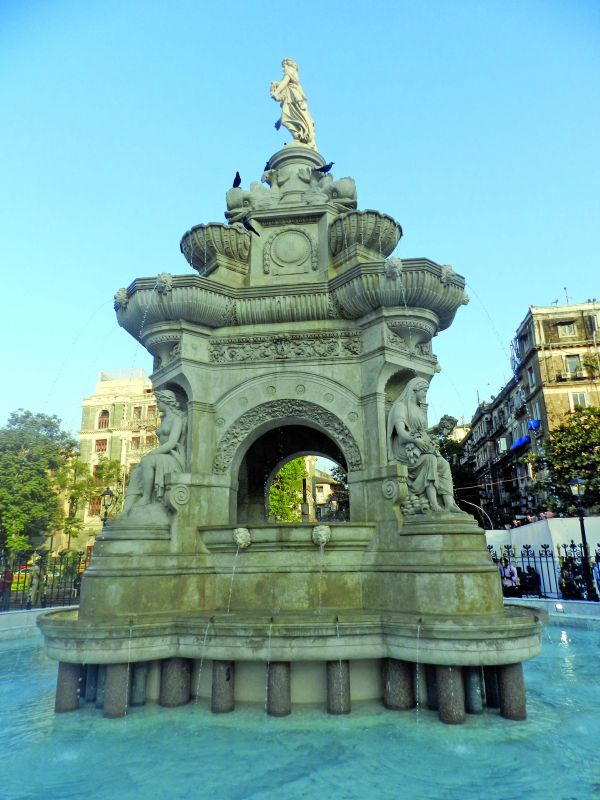 But along with bringing to life the tangible wonders of these structures, Vikas is also exposed to the stories behind them, which makes his work all the more special. He recollects how the opulent Aga Khan Palace in Pune was constructed to give employment to a people reeling from famine, but in the later years, it also served as a prison for Mahatma Gandhi and his wife during the freedom struggle. “When you’re conserving such a building, which narrative do you prioritise – the palace’s grandeur, or its simplicity during Gandhiji’s abode? Many a time, the building speaks to you and there are also archival sources that we refer too to solve such dilemmas,” shares Vikas. So, he is constantly aware of being an intervention to a creation, rather than a creator himself. “As conservation architects, we have to control this impulse of wanting to leave your signature on things as you have to respect the original creator’s vision,” he avers. And his work does reap unexpected rewards, ones that please the heart rather than the ego. Vikas recollects how, after the Wellington Fountain was inaugurated, a tender coconut seller near the fountain decided to give him and his team nariyals for free, saying, ‘This is my gift to you, because of what you have given to the city.’ 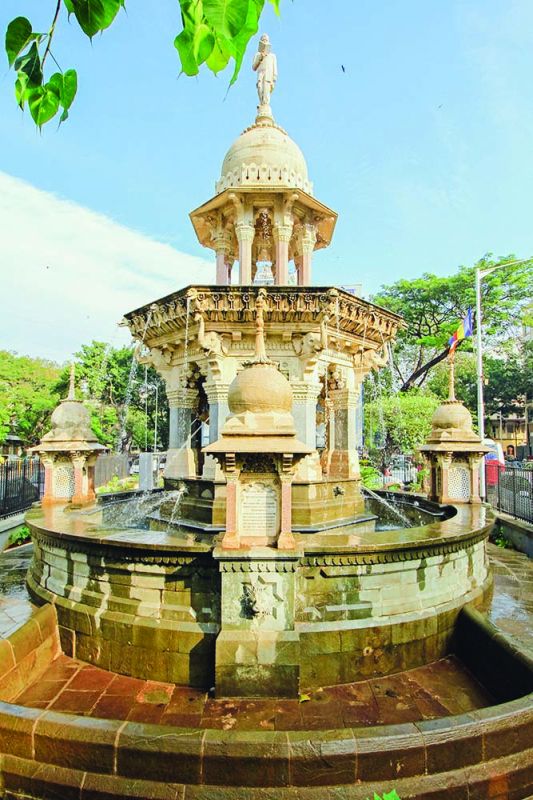 The architect, who famously recognised his passion for conservation during a third-year university project, which saw him conserve Crawford Market when the rest of his classmates envisioned its redevelopment, also had the chance to work with Bombay’s chronicler, Foy Nissen. While praising the man’s ability to understand the city’s grain and the visual and geographical relevance of landmarks, he rues that fact that today, we longer understand or ruminate on such topographical concerns. “Did you know that from Crawford Market you can see VT porch, from VT porch you can see Rajabai tower and from Flora Fountain, you can see the High Court? The structures had a rhythm and gave you a sense of the makeup of the city. But today, we redevelop buildings into high rises without considering the impact they could have on existing landmarks,” he points out.

The architect insists that he isn’t against redevelopment, but he rues the fact that conservation isn’t ascribed the same amount of importance as redevelopment. “Conversation doesn’t get the kind of incentives, financial help, or support it requires. In the absence of nurturing, we have to look for public-private partnerships, which are good, but they are one-time. To sustain the work done, maintenance contracts become crucial, but maintenance people tend to get negligent or underplay its importance and then, the structure goes back to square one. We need to set up a special cell for heritage properties, which will incentivise conservation projects. We can experiment and see how such an initiative transforms the area,” reasons Vikas.

In the absence of such an effort, the architect believes that we will not leave behind buildings of much significance for our future generations. Highlighting how, in our quest for taller and more sophisticated properties, we have come to ignore collective good, he says, “It’s okay to pull down a few old things, provided you’re confident that the architecture of today can be the heritage of tomorrow. Like when the Fort walls, which were present from 1720 — 1860, were demolished, it was because there were new grand public buildings being planned that improved the city’s visual appeal and functioning. But, whatever we are designing today isn’t benefiting the city. Our construction has become self-centered and individualistic. We don’t see urban design happening, because change in being instilled in isolated pockets. We have become obsessed with tackling quantity but not the quality of life.”