The cultural site of Orchha in Madhya Pradesh has been included in the tentative list of UNESCO World Heritage sites. 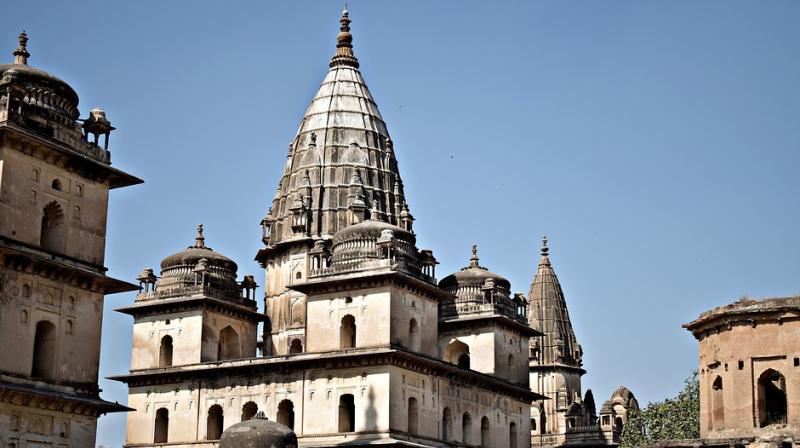 The 16th century town is famous for several culturally significant sites such as the Chaturbhuj Temple, Orchha Fort and Raja Mahal among other sites. (Photo: Representational/Pixabay)

Orchha town in Madhya Pradesh has a plethora of historical sites with the Bundela dynasty architectural style. The Archaeological Survey of India has included that heritage town of Orchha in a tentative list of UNESCO world heritage sites. It was included in the proposal sent by the ASI to the UN body on April 15, 2019.

UNESCO’s rules state that to be a part of the World Heritage sites, the heritage or historical site must first be on the tentative list. After making it to that list, yet another proposal is sent to the UNESCO. In their initial proposal, the ASI had requested that Orchha be included as a cultural heritage site, reported The Hindu.

The town of Orchha is situated on the banks of the river Betwa. It is situated 80km from the Tikamgarh district of Madhya Pradesh and 15km from Jhansi in Uttar Pradesh. The town was built by King Rudra Pratap Singh of the Bundela dynasty. The 16th century town is famous for several culturally significant sites such as the Chaturbhuj Temple, Orchha Fort and Raja Mahal among other sites. Saavan and Bhadon are two elevated minarets that Orchha is famous for, including several other Palaces like Raj Mahal, Sheesh Mahal and Rai Praveen Mahal. Orchha is also famous for its unique concept of open bungalows and stone work windows.

Bundela style of architecture is heavily influenced by Mughal architecture. Veer Singh Dev, a famous Bundela king is said to have been a close friend of Emperor Jehangir and also said to have fought wars for Akbar.

Yet another remarkable feature of Bundela is that it is the only place in India where Lord Rama is worshipped as a King rather than as a deity. There is also a dedicated temple knows as Sri Ram Raja Mandir.