Afroz Shah is on a mission to save the marine ecosystem. He and his team undertook a three-hour dive to clean the ocean's floor. 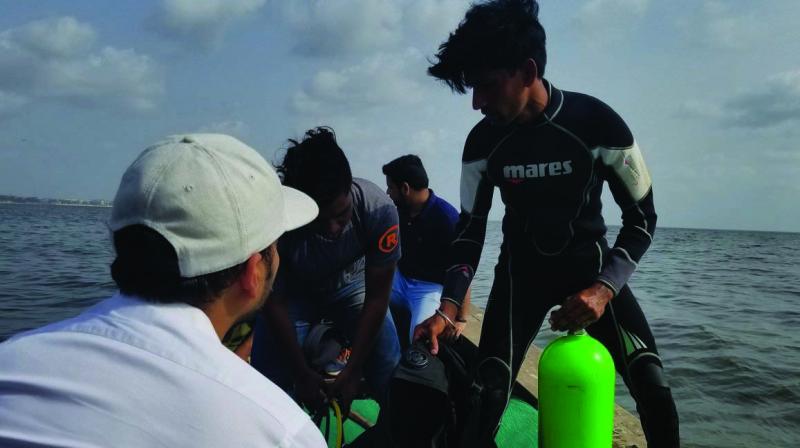 Afroz joined the team of divers and fishermen on the first day and partook in the three-hour long endeavour.

Around 80 per cent of all litter in oceans is made up of plastic, which has devastating effects on wildlife, fisheries and tourism. Bent on making a difference, city lawyer Afroz Shah had undertaken beach cleaning and mangrove cleaning campaigns in the past. He has now started a campaign to clean the ocean to salvage the marine ecosystem. His campaign includes sending divers to clean the ocean floor.

Talking about his initiative, Afroz says, “It’s been threedays since the initiative started and three volunteers have dived into the ocean to clean litter from the ocean's floor.”

The volunteers cleaned the area along Versova beach. The initiative wasn’t planned overnight and Afroz had to rope in help from other institutions to make the campaign successful. “I have been thinking about cleaning the oceans for the past six months. So, I spoke to the mangrove cell and they helped out by sending trained volunteers,” says the lawyer.

Afroz took the help of Vasudevan N, the additional principal chief conservator of the forests and mangrove cell, who sanctioned access to the divers. However, Vasudevan laid down a condition: “The cell was already training sea divers, so when I asked Vasudevan for volunteers, he happily agreed. However, the condition was that I had to arrange equipment for the divers,” says Afroz. 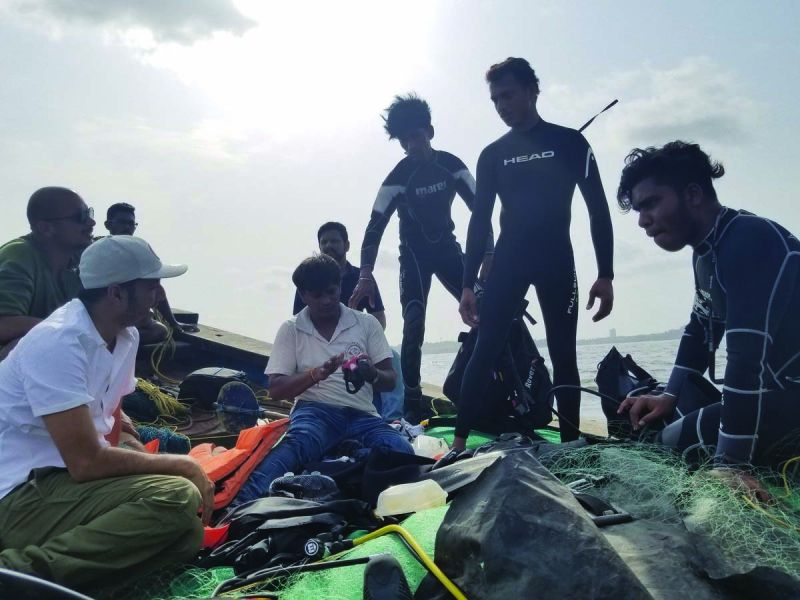 Vice-president of Coca Cola, Ishteyaque Amjad helped him get the equipment. “I shared the proposal with him and he immediately agreed to the idea. Then, with three volunteers and local fishermen, we took a boat and performed the first dive on Friday,” says proud Afroz.

Afroz believes the initiative is an important one, as it will help people understand the gravity of the problem. “People have to be aware of what is polluting the ocean floor. Clean ups like these help collect data about the materials that lie on the ocean’s floor. This data can help government agencies and environment research wings implement the right policies. It can also help oceanography research departments,” says the lawyer.

“Research can be performed on the litter found to understand if the items have been recycled before,” adds Afroz.

Afroz joined the team of divers and fishermen on the first day and partook in the three-hour long endeavour. “The divers spent three hours in the sea with minimum breaks and collected almost 60 kilograms of litter. This included plastic bottles and plastic bags,” he says. Local fishermen helped divers find the right locations underwater and also dove with them till a depth of half a kilometre.

So, what is the nextstep for Afroz and his team? “Marine litter is a big problem and has to be handled on different levels. It is still too early to predict our next move, but we will be continuing the campaign. This is a pilot project and will be stopped during the monsoons, but will commence again in October,” confirms Afroz.

“Local volunteers from Sagar Kutir Wadi will also be trained in scuba diving which will take six months to one year,” Afroz adds.